As I mentioned previously there are several lists that I enjoy each year. The Darwin Awards is one of my favorites. I’m continually amazed at what people continually do to themselves and others. Here are some of this years nominees. If you would like to vote you can go here to see current nominations, and see past winners (and imagine what’s left of them).

(September 2006, Florida) A fearsome mythical giant was felled by a humble slingshot. But a modern speargun vs. an underwater leviathan is another tale altogether, as a Florida man discovered.
Outlawed in 1990, hunting Goliath-sized groupers remains surprisingly popular. These fish can weigh hundreds of pounds, yet there are underwater hunters who choose to tether themselves to such muscular sea creatures. However unlikely a pursuit, the poaching of groupers by divers and snorkelers continues, in defiance of both the law and common sense.
Of this elite group, our Darwin Award winner distinguished himself yet further by disregarding one essential spearfishing precaution. By embarking on this hunt without a knife to cut himself loose, the “fit and experienced snorkeler” was guaranteeing that his next attack on a giant grouper would be his last.
Why anyone thinks it’s a good idea to tether yourself to a fish twice your size, I don’t know. Some time later, the body of the spearfisher was found pinned to the coral, 17 feet underwater. Three coils of line were wrapped around his wrist, and one very dead grouper was impaled at the other end of the line.
In those final hours, the tables were turned, and the fish was given an opportunity to reflect on the experience of “catching a person.”

to him. For example, if a doctor advises that the one thing you must not do is go near a flame, as you are going to be covered wtih a flammable material, most people would take this advice onboard, and not strike a match until the flammable material has been removed.

However, Phillip, 60, knew better than his doctor. Philip was in the hospital to treat a skin disease, said treatment consisting of being smeared in paraffin-based cream. Philip was warned that the cream would ignite, so he definitely should NOT smoke. But he just couldn’t live without that cigarette.”

Smoking was not permitted anywhere on the ward, but Phillip took this setback in stride, and sneaked out onto a fire escape. Once he was hidden, he lit up… inhaled… and peace descended as he got his nicotine fix. Things went downhill only after he finished his cigarette, at the moment he ground out the butt with his heel.

The paraffin cream had been absorbed by his clothing. As his heel touched the butt, fumes from his pyjamas ignited. The resulting inferno “cremated” his skin condition, and left first-degree burns on much of his body. Despite excellent treatment, he died in intensive care. 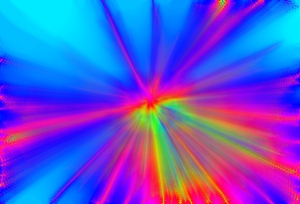 (August 2006, Brazil) August brings us a winner from Brazil, who tried to disassemble a Rocket Propelled Grenade (RPG) by driving back and forth over it with a car. This technique was ineffective, so he escalated to pounding the RPG with a sledgehammer. The second try worked–in a sense. The explosion proved fatal to one man, six cars, and the repair shop wherein the efforts took place.

14 more RPG grenades were found in a car parked nearby. Police believe the ammunition was being scavenged to sell as scrap metal. If it wasn’t scrap then, it certainly is now!

storm, going on to discover that lightning == electricity. However, certain precautions must be taken to avoid, as Ben Franklin did, sudden electrocution.

Kennon, 26, replicated the conditions of Ben Franklin’s experiment–sans safety precautions. He was flying a kite, with a short string that he had extended with a length of thin copper wire.

The copper made contact with a high tension line, sending a bolt of artificial lightning down the wire. As Kennon was an electrician, Kennon’s father told listeners, his son “should have known better.”

(13 January 2005, Croatia) One fateful afternoon, 55-year-old Marko retreated to his semi-detached workshop to make himself a tool for chimney cleaning. The chimney was too high for a simple broom to work, but if he could attach a brush to a chain and then weigh it down with something, that would do the trick. But what could he use as a weight?

He happened to have the perfect object. It was heavy, yet compact. And best of all, it was made of metal, so he could weld it to the chain. He must have somehow overlooked the fact that it was also a hand grenade and was filled with explosive material.

Marko turned on his welding apparatus and began to create an arc between the chain and the grenade. As the metal heated up, the grenade exploded. The force of the explosion killed poor Marko instantly, blasting shrapnel through the walls of the shed and shattering the windshield of a Mercedes parked outside. Marko’s chimney was untouched, however.