This is a break from Christmas with an award contest that I really enjoy. For those who read the title and immediately thought of Snoopy sitting at the typewriter, let me tell you that the phrase is far older than that:

“It was a dark and stormy night; 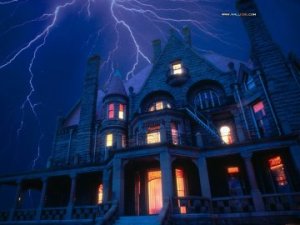 the rain fell in torrents–except at occasional intervals, when it was checked by a violent gust of wind which swept up the streets (for it is in London that our scene lies), rattling along the housetops, and fiercely agitating the scanty flame of the lamps that struggled against the darkness.”–Edward George Bulwer-Lytton, Paul Clifford (1830)

It’s not that Bulwer-Lytton wasn’t a thinker, as he was very good at observations about life and people:

“The true spirit of conversation consists in building on another man’s observation, not overturning it.”

for example. It’s just that as a novelist he, as many of the writers of the time, wasn’t very good. And to compound matters, Bulwer-Lytton kept inflicting his novels on the public: The Last Days of Pompeii, Eugene Aram, Rienzi, The Caxtons, The Coming Race, and–not least–Paul Clifford.

He also entered some great quotes into our daily use: “the pen is mightier than the sword,” “the great unwashed,(my personal favorite)” and “the almighty dollar.“

In 1982 The English Department at San Jose State University started sponsoring the Bulwer-Lytton Fiction Contest, a whimsical literary competition that challenges entrants to compose the opening sentence to the worst of all possible novels.

Over the years the contest has grown and the entries more fun. I understand that some people spend up to a year working on their sentences. Here are some of the winners: (I’ll have more on later posts!)

Detective Bart Lasiter was in his office studying the light from his one small window falling on his super burrito when the door swung open to reveal a woman whose body said you’ve had your last burrito for a while, whose face said angels did exist, and whose eyes said she could make you dig your own grave and lick the shovel clean.

A single sparkling tear fell from Little Mary’s cheek onto the sidewalk, then slid into the storm drain, there to join in its course the mighty waters of the Los Angeles River and, eventually, Long Beach Harbor, with its state-of-the-art container-freight processing facilities.

The camel died quite suddenly on the second day, and Selena fretted sulkily and, buffing her already impeccable nails–not for the first time since the journey began–pondered snidely if this would dissolve into a vignette of minor inconveniences like all the other holidays spent with Basil.

Professor Frobisher couldn’t believe he had missed seeing it for so long–it was, after all, right there under his nose–but in all his years of research 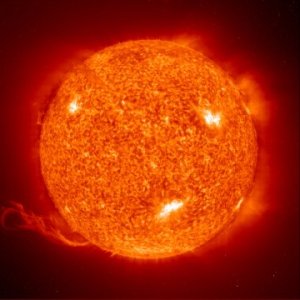 into the intricate and mysterious ways of the universe, he had never noticed that the freckles on his upper lip, just below and to the left of the nostril, partially hidden until now by a hairy mole he had just removed a week before, exactly matched the pattern of the stars in the Pleides, down to the angry red zit that had just popped up where he and his colleagues had only today discovered an exploding nova.

Sultry it was and humid, but no whisper of air caused the plump, laden spears of golden grain to nod their burdened heads as they unheedingly awaited the cyclic rape of their gleaming treasure, while overhead the burning orb of luminescence ascended its ever-upward path toward a sweltering celestial apex, for although it is not in Kansas that our story takes place, it looks godawful like it.