Whether sixty or sixteen, there is in every human being’s heart the lure of wonder, the unfailing child-like appetite of what’s next, and the joy of the game of living. In the center of your heart and my heart there is a wireless station; so long as it receives messages of beauty, hope, cheer, courage and power from men and from the infinite, so long are you young.
Samuel Ullman 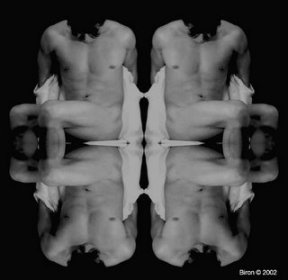 For several years I was involved in a roommate situation that basically became a relationship. Not a physical one, but one that became to involve everything else but that. It was, as most relationships are, one that involved my tearing down boundaries, letting my fences wear out and taking defences completely away. I didn’t want to realize just how damaging that can be in the wrong hands and the wrong situation. I literally began to lose myself in what was and wasn’t going on. This is not to label, blame or cast negatives. It’s just a simple (ok – not so simple) statement of fact. I had forgotten the powerful words from the book The Prophet:

And stand together, yet not too near together: For the pillars of the temple stand apart, and the oak tree and the cypress grow not in each other’s shadow

This led me down a path where who I thought I was began to shift, and how I thought about myself began to slide away. It ended, after almost nine years, with my loss of childlike enthusiasm and the wonder of what was to happen next. It also goaded me back into finding what I had lost – what I had given up during this time. What all occurred over several weeks is for another day, but the road that became apparent to me is one that I am determined to keep walking and even sometimes running!

When I lost the childlike wonder and enthusiasm I also lost the ability to be myself, and to give to those around me. If I am running my own tank on “empty.” there is no way I will be able to help others. No way I can see what needs to be done and help to do it.

The other day I started this theme with some wonderful “children’s” poems and as you read my posts over the last several days, hopefully you have looked – searched – and realized some truths for yourself as well.

“Who Has Seen the Wind” by Christina Giorgina Rossetti: 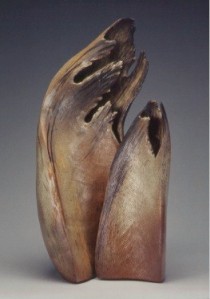 And I WANT that wind of growth, power and love to blow on me; and for me to feel it, rejoice in it and welcome what it brings!!

Men go abroad to wonder at the heights of mountains,
at the huge waves of the sea,
at the long courses of the rivers,
at the vast compass of the ocean,
at the circular motions of the stars,
and they pass by themselves without wondering.
St. Augustine


picture of 2 piece sculpture “who has seen the wind” by Ruri http://www.oregonpotters.org