Continuing with the thoughts about truth, this comment came to mind:

The word “true” has many meanings.

People who feel that science and literature or science and religion are in necessary conflict do so because they habitually think in opposites of black and white, true and false, good and evil.
To such people, if science is “true,” then literature or religion is nonsense; if literature or religion is “true,” science is merely “pretentious ignorance.”
What should be understood when people tell us that certain statements are “scientifically true” is that they are useful and verifiable formulations, suitable for the purposes of organized cooperative workmanship.
What should be understood when people tell us that the plays of Shakespeare or the poems of Milton or Dante are “eternally true” is that they produce in us attitudes toward our fellow men, an understanding of ourselves, or feelings of deep moral obligation that are valuable to humanity under any conceivable circumstances.
S.I. Hayakawa Language in Thought and Action (San Diego: Harcourt Brace, 1990)

Without much difficulty we

can get trapped into a situation where everything is treated as black or white, good or evil, etc.

You know that if you had a bent tube, one arm of which was of the size of a pipestem, and the other big enough to hold the ocean, water would stand at the same height in one as in the other. Controversy equalizes fools and wise men in the same way – and the fools know it.

And you want to discuss arguments against their philosophy/truth but get sucked into defending their opposite (democracy or whatever), just to prove the point.

Looking back at the two statement I highlighted and appearing to take the words from their contexts: 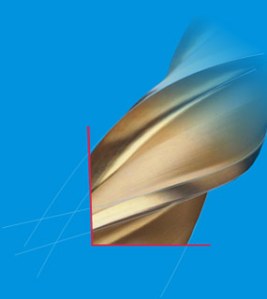 they are useful and verifiable formulations, suitable for the purposes of organized cooperative workmanship. . . they produce in us attitudes toward our fellow men, an understanding of ourselves, or feelings of deep moral obligation that are valuable to humanity under any conceivable circumstances
It becomes apparent that if core moral truth were operating in the situation, there could/would be a discussion rather than a rant/argument with no reasonable outcome.

In this kind of situation, I’m not required to give up anything – rather, I listen, evaluate and perhaps comment (perhaps?!). But nothing is standing in the way of working together. This allows understanding, growth and hope. It also allows us to keep the boundaries /fences of ourselves intact.

For example, corporate worship is important to me. It isn’t to everyone, and that is alright. I began attending worship with a group of people whose core beliefs I discovered were very different from mine. So different from mine, that I began to realize that their attitude toward others, their feelings of obligation and their sense of cooperation were only accessible through those beliefs (my-way-only-philosophy). It began to trouble me, as there was no way to discuss the differences without ending up in an argument and any interaction would be simply shut down. I then gently and kindly separated myself and went in another direction. Why didn’t I stay? Because open truth was not acceptable there, and by linking myself with that philosophy I was, in a sense, lending myself as a proponent of it. Of course, there were those who wanted to know the why and wherefore. My response was a simple “I can respect, and acknowledge your stand, but I can not accept it.” And the “coat-piece” ideal simply wasn’t going to happen. (more on this tomorrow)