As I work more and more with integrity, I’m reminded (sometimes by that 2X4 kind of thought that “hits” with great force) that when I allow negative messages to invade my mind, I create self-fulfilling prophecies that not only slow me down

– but make achieving success almost an impossibility. Rather than reacting to situations by facing each situation as it is – I react to my perception of the situation, and those mysterious “tapes” that run as some of those website that have the music player embedded – and the music simply starts (and I sometimes have difficulty finding the switch to turn it off). This does not mean that I have to have a full scale mental intervention with every negative thought that passes through my mind. After all, I am NOT responsible for what drives through on the highway of my mind – I am ONLY responsible for what I let pull over and park .

As I’ve said before, a self-fulfilling prophecy can occur when I accept something that is not true, and let it rule my life, thoughts, actions, beliefs. When I was growing up I accepted some really negative ideas about myself that were untrue. I think all of us probably did at one point of another. The difference is what we do with those ideas.

If they become the truths that I never question 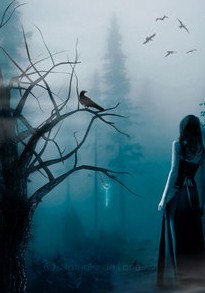 – then they are truths that will govern my reactions. And, it becomes negative truths that draw other negatives into my life. Really? Yes – negative attracts negative. Positive tends to attract positive. What I “hug” will be the predictions that my life will fulfill. It’s taken awhile, but I have chosen to live out the positives that will allow me to be happy and free. I have to make the decision to ignore or, in a sense, kick out the negatives. They have had their parking permits revoked and I try to get them towed soon after they park in my mind.

Whatever you think about creates what you experience. In this respect, we are all living out self-fulfilling prophecies, because whatever your perception of reality, whatever thoughts you accept as true, will lead you. You attract negative “energy” by focusing on the negative– that is part of the law of attraction.

Now that I have said the phrase: Law of Attraction, 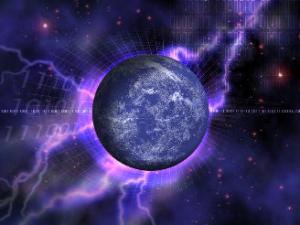 I immediately want to take it back, and try to find another one. The reason for my hesitancy is frankly the terrible use and overuse of that three word phrase. I think that most of the religions of the world have a similar view of it – “as a man thinks – so he is”(Judisim) – “If a man’s mind has evil thoughts, pain comes on him as the wheel comes behind the ox…but if one endures in purity of thought, joy follows him as surely as his own shadow.” (Buddhism)

Unfortunately, there are people that take something that has personal value and “run” it to the extreme. These are the ones that firmly believe (and want to convince me to believe it) that NOTHING bad can happen unless I think it and thereby attract it. My reaction to that is less than kind or positive, so I’ll leave it at that.

Let me give you an example of what I mean by extreme. JO visited an acquaintance’s home for the first time. These people were not wealthy by any means, but were getting by – and doing quite well with what they had. He was shown around the house, and then (surprising to him) taken out to the garage.

Their car was parked in the driveway – but the garage was empty except for a large white X that had been painted on the floor. “That,” said the man, “is where the BMW we’re going to receive will be parked.” Now, these folks were simply taking something to the extreme. There were no plans as to how they were going to achieve the goal of a BMW, no plans on how to pay for it and certainly no plans as to how they would keep it once they “received” it. As a very wise man once indicated: “don’t ask [the universe] to give you a Cadillac if you can’t keep gas in your VW bug.”

Keep your feet on solid ground.

Know who you are, how to handle the storms of change and adversity, and attract the good and create the positive wherever you do have control. You can be at peace in the uncertainty knowing you have the tools necessary to handle life’s tides, and you know where to turn for strength.

You were created with a mind and a will to determine what you embrace and what you eliminate from your thoughts. A child repeatedly told horrible things usually internalizes the messages as true. At some point, that child will grow up and learn there are other messages available. You must decide what to believe.

Keep remembering the term I’m (supposedly) talking about it “self”-fulfilling. What messages have I accepted that STILL control my life and its outcomes? What kind of people do I accept as part of my life – and allow what they think or say to effect my life and outcomes.

you are stupid, you will never amount to anything, you can’t make it, how could you have even thought you could succeed, you should have known better, why did you even try, what an embarrassment you are, you are ugly, worthless, unintelligent, incapable, and a failure, you are unlovable, no one cares what you think, no one believes what you say.

These cut deep wounds, and it takes intent (and, I’ve discovered) a lot of work and thought to replace them with positive truths.

The determined intend success and keep going despite obstacles.

They dwell on positive thoughts, and attract the truth they believe. If you are determined, you find a way to make it happen because you believe that you CAN.

If you believe that you cannot, you will not. (It may be difficult, it may be different than you had originally planned, you may have to adapt to the unfamiliar, but if you are focused and think positively, you can achieve your goals.)

If dandelions were rare and fragile,

people would knock themselves out to pay $14.95 a plant, raise them by hand in greenhouses, and form dandelion societies and all that. But they are everywhere and don’t need us and kind of do what they please. So we call them weeds
and murder them at every opportunity.
–Robert Fulgham

More on this later ~