Based on the news I looked at over the last several days, one would have the impression that the only things that truly mattered in the world were: 1) Anna Nicole Smith and/or 2) Britney Spears. I was absolutely stunned to realized that while some major events and a scary event were occurring… 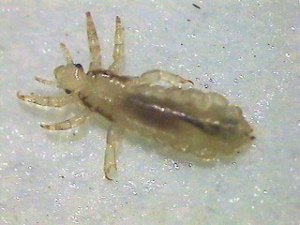 people were concerned about why Britney cut her hair (Lice? (ewwww) Her soon to be ex-husband’s threat to use it for drug analysis? Because she wanted to make a statement?) and whether and why she’s been in and out of rehabs – usually lasting only 24 hours.

In the meantime – seeming unnoticed by most news organizations:

Remember when Republicans ran Congress and everybody was so corrupt and then the midterms happened and the Democrats swept in with a bold plan to have ethics and all that? Well, they were just kidding.

has a great vacation planned for May: He’s going to a fancy golf & beach resort in Puerto Rico where people get “sensually awakened.” And he’s taking a planeload of lobbyists … enough to fill 137 luxury hotel suites. Doesn’t that sound nice?

My local stations started their newcasts with extensive coverage of the battle over Anna Nicole Smith’s body and baby. There seems to be great concern over the fact that her body seems to be deteriorating sooner than expected. Personally, I always thought that’s what bodies did – but based on the news reports, I could be wrong.

However, in the meantime – no one except PBS seems to have noticed:

Innocent Americans’ data is being swept up and stored thanks to the use of the “full pipe” data gathering technique. Second, that the government’s Total Information Awareness Program – which was “killed” but never defunded – was being used to build domestic spying facilities around the country.

I caught PBS’s NOW program last Friday by chance, and I’m glad I did. They have resources not available to this lowly blogger. What PBS discovered will chill your bones. Yes, data on innocent Americans is being intercepted and stored.

Additionally, more whistleblowers have come forward to establish the existence of another secret spy room on AT&T’s network, built post 9-11.

The key findings in PBS’s report:

–The government is intercepting most emails sent domestically.

–AT&T is collecting most emails and sharing them with the government, specifically the NSA (this is backed up by Klein’s documents).

–The NSA spy room at AT&T’s San Francisco facility is only accessible to the NSA and AT&T employees cleared by the NSA.

–The NSA’s interest seems to be in MAE WEST, *the* major hub of American and international internet traffic on the West Coast.

–The device installed in San Francisco is capable of intercepting 10 GIGBYTES of data per second.
In layman’s terms, that means it could go through all the information in all the books in the Library of Congress in 15 minutes.
–www.crooksandliars.com

At least, after digging through a lot of news blogs/sites, I know I haven’t lost my mind – I just, perhaps, have a different outlook as to what is important. Or what I feel I should be concerned about.