This actually started a couple of weeks ago. I had posted about meeting someone who I thought might become a very good friend. Sadly, that appears not to be. After a couple of further conversations, a few emails and a couple of e-cards. I was told on night when I called: “I need to (………), I’ll call you later tonight.”

That was over a week and a half ago. I’m sure there are reasons, but later in this post you’ll see what I’m talking about.

And, of course, no week would be complete without D&D putting strain on everything called friendship in their own inimitable style. This, of course, brought flooding back the problems with ZZ and what he termed friendship…or, it’s lack.

Friendship is incredibly important in life – and I’m struck how close friendship can be to the love we all seem to seek. After all, doesn’t friendship combine trust, support, communication, a sense of loyalty as well as understanding. Perhaps that’s why a very wise man once said: best friends often make the best lovers. 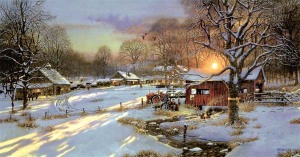 I remember when I was young, and went somewhere – a sleepover, a long weekend trek with friends…and while it was fun while gone, there was an incredible sense of “home” upon returning. That’s what I want my friendships to be.

I want to go out in the world and try to “slay the dragons” or at least, get something accomplished. Along the way I’m going to have the ups and downs, joys and sadness.

But when I connect with a friend I need the sense of “home.” Mentally kicking off shoes, a sense of relief or a sense of having a comfortable situation. But friendships have to be maintained (sounds like a love relationship doesn’t it!). It requires contact, being together and a deep sense of understanding. However, sometimes friends because of things they can not control – drift somewhat apart. But maintaining contact is incredibly important at those times.

Somewhere I read that friendships end for one or a combination of three reasons: 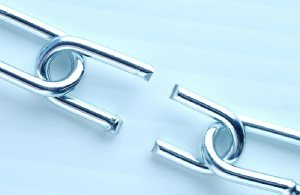 I’m going to want to think about this for awhile before I post more on those three items, but I wanted to let you know where my mind was heading. And yes, my heart is filling with sadness as I think about what is going on and/or has gone on. I spent much of this afternoon looking back on people I’ve known and lost – friendships I’ve tried for and lost. (to say nothing of some seriously damaged/damaging relationships.)

Of course, a friendship based on manipulation is not a friendship at all. True friends do not do that to each other, or to those around them. In his book “The Friendship Factor” author Alan Loy McGinnis talks about the things that can make up a manipulative friendship: always needing to be needed, always having to take charge, always appearing to be weak and pitiful to gain control over another individual.

And more and more, I’m beginning to look at those I consider standard bearers of great friendships

(even though some may be lovers, they strike me as being incredibly good friends as well). I consider Steve-Warren (Our View on Superior) and, of course, Yen and Jesse (Two Lucky People) as almost standard bearers of what a deep best friend situation should be. And those I regard as personal friends? There’s K (I value and cherish his friendship) who always greets me with such warmth and honesty, I can do nothing be reply in kind. There’s SGB who (as I’ve said before) always makes me feel incredibly sensual – usually when I look my worst. And there’s EW with whom I’m renewing a friendship that had suffered a lengthy separation.

And of course dear D who said of friendship in an email to me: sometimes friends say things that HAVE to be said, even though the other person does not want to hear it. Hopefully, this can be done in a loving, compassionate way that helps rather than hurts.

So, no my life isn’t full of “sturm und drang.” But, I’m willing to share where my mind is headed … sometimes on it’s own!

–more on this tomorrow