When I started thinking about excess baggage cluttering up life,

I realized that 1) there is a difference between baggage and luggage, and that 2) I want to keep the luggage and get rid of the baggage. Luggage is what makes us – well – us. Personally, it’s what is at the core of my being. The centrality of who I am. Sometimes it may get a little clouded or even dented – but it’s still there. and just like those beautiful expensive pieces of luggage – I want to keep it around me. Baggage, on the other had, is all the “stuff” that we drag around causing excess weight, heartache and other problems. Excess baggage can get in the way of living, loving and just being around other people.

The other night I mentioned an actress/teacher that I personally know.

She spends quite a bit of time traveling speaking to conferences and meetings. However, for quite awhile when she first started traveling, it was joked that her luggage was going to more exotic places then she was. When she would arrive at her correct destination – the luggage would be off on a vacation of its own, sometimes not to return for quite some time. Finally, it was discovered that she had not been removing the old luggage tags when she started a new trip. There were pieces from various trips still attached to the suitcases much as barnacles attach to a ship. And therein was part of the problem. Those incomplete tags were sometimes seen as the correct tag – and off the luggage would go to an entirely different destination.

I’ve discovered that if I want my luggage (not my baggage) to be with me, I’ve got to deal with the tags and make sure that we (my luggage and I) are going on this journey of life together. And there are several “old” baggage/luggage tags I’m going to have to get rid of. (And I must make sure that baggage isn’t trying to pass itself off as luggage either.)

It was the Law of the Sea, they said. Civilization ends at the waterline. Beyond that, we all enter the food chain, and not always right at the top.
–Hunter Thompson

Disappointments often stem from unrealistic expectations. Take Christmas for example. When I was growing up a Christmas list was always expected. I would carefully write out what I wanted and then would dream for days about what I just KNEW I was going to get. Alas, the reality never seemed to match the list. Now, adults might not have a Christmas list as such, but how many have the assumption that everyone can, should and will enjoy a wonderful holiday season and gifts and good behaviors will abound.

When I traveled to India, I was not going there to teach I was in a sense running away.

(I’ll write more on that another time). I traveled to New York, and then took Pan Am 002 (Pan Am 001 went west) and flew to India…a place I had never been. My expectations were very high. I knew all about India – from Rudyard Kipling, of course. I knew that the New Delhi airport was going to continually hacked out of the jungle by natives with the help of elephants, everything was going to be made from rosewood and the air would be pungent with saffron, sandalwood and laced with the scent of roses. (to say nothing of all the Rikki-Tikki-Tavi’s that would be there being sweet and friendly) Now there was a set of serious false expectations. 1) We landed in what I thought was a desert, 2) the buildings looked as if they were about to fall down or crumble at any time and 3) there was definitely a pungent smell at the airport – nothing like the smell of jet fuel and burning oil at four o’clock in the morning after a 30+ hour flight.

Sometimes relationships fare no better. Somehow believing that no matter what: everything was going to be made from rosewood and the air would be pungent with saffron, sandalwood and laced with the scent of roses. And when I discover that the rose has thorns, or that the air is NOT laced with roses but other scents …

So now begins the process (ongoing process that is) of looking at what is a false expectation and what I’m going to do about it. 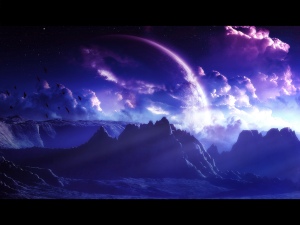 Give up on expectations? Never in this lifetime. I know people who have basically no expectations – and you know what? They are never disappointed, but they don’t have much enjoyment out of life and living either.

Some people have adopted the part of the song (I believe it was by the Rolling Stones) that says: “You can’t always get what you want”. I like to remind people that the next lines “But if you try sometimes, you just might find, you get what you need.”
–more to come

1 thought on “But The Luggage Tag Says ~ Early Morning Thoughts”