Nodrin King (from A Flat With A View) 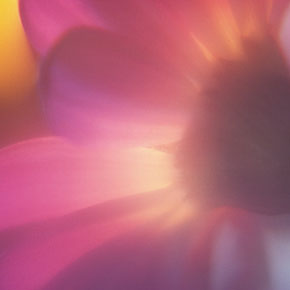 left me a quote that added to what I had been thinking about as far as one of the luggage tags I’ve been dealing with …”Happiness is not something that someone else, like a lover, can give to us. We have to achieve it for ourselves. And the only way to do so is by developing our character and capacity as human beings; by fully maximizing our potential … What is important now is to work hard at developing yourselves into truly wonderful human beings. Ultimately, the relationships you form are a reflection of your own state of life.”…. The last sentence is so true. And he’s figured out part of where I’m heading with some of these postings.

I had been thinking about the false luggage tag of expecting every answer to be according to my expectations.

To start this, I want to take a story from the Old Testament. Regardless of personal belief, there are some stories that are universal. It’s about a royal with a big head. His name is Naaman.

Now, he was quite an important person – he was a warrior, a highly regarded leader, and his life could be considered a success. There was just one “little” problem to make his happiness complete. He suffered from leprosy. No matter how great a warrior or leader he was, his life was headed toward the leper colony – a total outcast. Now, amidst his spoils of war was a young girl that offered a solution. There were prophets in Israel who could and would cure Naaman. Of course, Naaman immediately petitioned the King of Syria to take the “cure” in Israel.

The King of Syria was more than happy to oblige and sent a letter to the King of Israel (along with a small payment for services rendered).

Of course, the King of Israel (KOI) was more than glad to receive the money for the treasury, but making sure that a major player of Syria returned home healed of leprosy – that was asking the impossible. So much so, that the KOI began tearing his clothes, and wailing at the top of his lungs (That usually happens when the right message has been giving to the wrong person, but that’s another story altogether).

By this time, the entire household was in full hysteria mode – after all, failure to cure Naaman meant failure to continue in the lifestyle they had become accustomed to … or perhaps even failure to continue living. The wild cries of “OMG, what will we do now” finally reached the ears of Elisha. 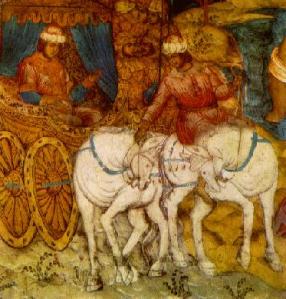 He sent a message to the KOI suggesting that he stop with the clothes tearing and yelling at the top of his lungs, and send Mr. Naaman his direction. Relieved to have someone else that would answer for failure – Naaman’s major parade was sent Elisha’s direction. Of course, being the important personage he was, Naaman fully expected a major show for his benefit. No such show happened. He didn’t even get to meet the prophet personally. The gate was opened by a servant who merely informed the exalted Naaman that he was to dip himself in the Jordan seven times. And with that – the servant closed the door. And life inside went on as usual.

Outside the gate, things were anything but usual. Naaman proceeded to have a major fit. I’m sure there were incredible threats hurled at everyone – including the King of Israel.

After all, he had just been humiliated by this … this – at that point, he probably ran out of words – or at least words that were recorded. He was leaving and leaving NOW! Why was he going to leave without being healed? Because he had a false expectation of what was going to happen. He expected a grand show … perhaps even television specials to follow. He was expecting a major event. He wanted it how he wanted it!! Instead (although not exactly the purpose of this post – but worthwhile anyway) he was handed the total prosaic problem of obedience.

Finally a small one of Naaman’s group that was trooping around with him ,

managed to get his attention and told him that if he’d been asked to do something weird, amazing or even appear on a reality television show, he would have done it right? Naaman appears to have simply stood there with his elegant and important mouth open. The little one continued by basically telling Naaman 1) he needed to drop the grand expectation and 2) he really didn’t have anything to lose – and a healing to gain by doing something completely simple.

In other words, he had to leave the false expectation of what he thought would happen and go with what could happen.

An old saying (which I used to hate): The definition of insanity is repeating exactly the same actions over and over and expecting different results.

On a more personal note, I had the opportunity to direct a premier of a play for the theater company I was working for. It was a delightful script – although not without its problems, but nothing (I believed) I couldn’t handle.

I had had several very solid (and award winning) successes with this company, and was convinced I could “do it.” I spent a tremendous amount of time with the script – many meetings with designers and such, and would then plunge off into what I expected the production to be like and look like. (are you paying attention to the pronouns and expectations here?) Rehearsals went quite well, and I was quiet pleased with the result. There were a few nagging questions from various people associated with the theater, but I was convinced the final result would answer all doubters. The show had spectacle, humor, tenseness, drama and a happy ending. I had even added a number of abstract moments in the show (something that was only hinted at in the script) and expected that the audience would enjoy and follow along with them.

As Paul Harvey might say: The rest of this story tomorrow.