I have been writing about and following “Two Lucky (people)” for some time now. During that time, I have been blessed to learn about Yen and Jesse and their incredible love for each other. It’s a love that has been through a lot … but as I have said before – it’s a love that totally demonstrates the power of love as a choice. 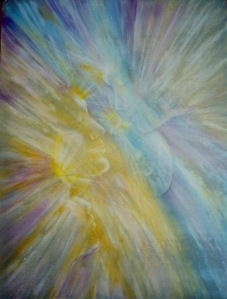 It also is a love that demonstrates the vows that are so often said at weddings – for richer or poorer, for better or worse, in sickness or in health …

Through everything that’s been going on they both has believed, hoped and trusted. But through it all their love has never wavered.

Jesse had been taking treatments – some of which were quite toxic, but even those had to come to an end.

His prognosis, simply, is that the tumors in Jesse’s liver are growing too quickly.

“You’re carrying too much disease. Must be 10lbs in there,” he said.

But even through the sorrow of that moment, the hope/love shone through.

I cried hard today in the town car on the way back from the hospital. It did not last long, probably for less than a minute. The tears stopped as suddenly as they had come. It happened soon after we got into the car, when Jesse took my hand and said to me: “I am so happy to be with you.” 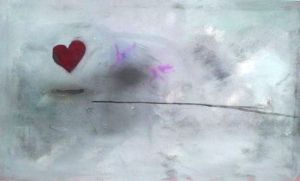 And I can admit that I wept as well. I didn’t have someone to hold my hand and tell me anything. But eventually, I went back to what had been written – and dried my tears and continued.

Yen himself began to realize what seemed to be coming. He was walking down the street and saw a film crew working on a new movie.

“As the crowd grew, I walked away. I thought about Jesse. Thereupon, I wondered if one day later this year, or the next, I would find myself in a darkened cinema, waiting for the same scene to come on, with my hand on the empty seat next to mine.

And then on the 29th of April … the doctor brought those vows full circle:

…For better or worse, For richer or poorer,
In sickness AND in health:
‘Till death do us part …

“I was told today that Jesse has only three to four more weeks left to live. When the doctors pulled me aside (”May I speak with you in private?”), I already knew….

My reaction was visceral, in spite of fore-knowledge, and unexpected in that regard. I sat in the toilet and cried. For the first time, in a very long time, I believed I would not be whole again. I felt my insides wrenched from me. I howled. I was also confused, which only proves how one, notwithstanding one’s intelligence, can reject logic in the face of grief.

Even though I already knew the answer, I kept asking myself: Can this really be true?

The last several days as I took time to look at all I have known about Yen and Jesse – and all I have been blessed to have shared of their lives, I realized that the depth of their love as shown in the writings has, in a sense, prepared me for whatever may happen in their lives.

He sits at the top of the stairs, so still he might have been there forever and for always.

The air is capricious, however, taunting him with whispers of dead men’s philosophy. His eyes turn down, and he feels the weight of mortality from under his feet. Around him, the hallway seems equally frozen, as if a breathing picture, a fixed fragment of time fallen into itself.

All of this is nevertheless an illusion, a vision he sees where time has forgotten its relevance.

In fact, he doesn’t remember beyond the stairs. The breaths he takes are the same he exhaled only moments before. In the dark, he begins to stale.

But moments later, a gust of wind from below erases this vision. It rises like a clean breeze from under him, and from it, he rediscovers the certainty of movement. He lifts his eyes, and looks around, then, begins to make out a hill in the distance.

The force of its existence strikes him awkwardly, unexpectedly.

He decides the hill must have been there always, as he has. He hunts the horizon for more shapes: a river, trees, but finds nothing, until in a final instant, he sees a bird tracing a wide circle near the hill top.

The trajectory of the bird’s flight, like a cut flag, fills his memory of the sky. The bird descends, then disappears into the hill’s shadow. For a moment, he forgets he is sitting on the stairs. The simultaneity of its movement, with the swelling of his heart, leads him to cry. 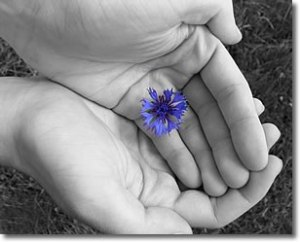 And again I weep. Again, I grieve. But again, I stand with them in this time – and I say – “I do not care if someone is gay-straight, black-white, moon-man or whatever, this kind of love is so deep and powerful, I maintain that great portions of the universe bow in honor of its strength.”

Because I could not stop for Death,

He kindly stopped for me;
The carriage held but just ourselves
And Immortality. 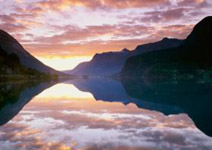 We slowly drove, he knew no haste,
And I had put away
My labor, and my leisure too,
For his civility.

We passed the school, where children strove
At recess, in the ring;

Or rather, be passed us;
The dews grew quivering and chill,
For only gossamer my gown,
My tippet only tulle.

We paused before house that seemed
A swelling of the ground;
The roof was scarcely visible,
The cornice but a mound.

Since then ’tis centuries, and yet each
Feels shorter than the day
I first surmised the horses’ heads
Were toward eternity.
–Emily Dickinson