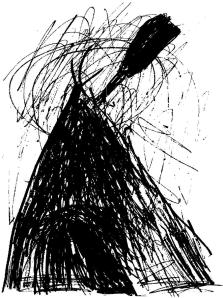 A very dear friend of mine (SGB) has a wonderful saying:

As D&D would not listen let alone ask, their reactions became more and more pronounced – to me and toward Toby. I was walking a fine line that was no longer a balancing act but a high wire act without a net.

Eventually when walking a high wire while trying to balance any number of things, something is going to fall – and usually the person on the wire is the one that falls. I had been trying to keep everyone at peace and trying to compartmentalize what was going on in my life. While that can be a valid and valuable contribution of life – it can also be a major trap with no escape.

I’ve written before that I have a tendency toward “peace at any cost.”

Sometimes there is no peace, and the end cost can turn out to be quite expensive. In this case, with D&D it had several unintended results. The friendship with both came to an immediate end. It wasn’t just that one single comment, but rather a gathering of a number of comments – not just about Toby – that led further and further down the road of erroneous assumptions.

And because they had built themselves a “construct” out of their assumptions, there was no way I could see that would change anything in either their maps or territories.

A construct is any idea that people invent in order to accomplish some particular end. And a construct, while not an absolute truth becomes something people assume to be an absolute.

around D&D, but I was also being untrue to myself by allowing the comments and assumptions to basically be unchallenged and/or unchecked. I had added false luggage tags and added baggage to my train – and it really was slowing the engine down. It actually spurred me even further to look even more into my life and the assumptions I’ve held onto, and which ones I’ve – perhaps – turned into constructs that need to be de-constructed. 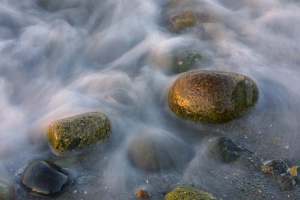 In Wait
There are waves of emotions
that travel on land,
there’s beauty in silence
when you cradle the sun;
there are channels of thought
that use sweat when they paint pores,
there are smiles in drawers
that wait to be released . . .

There is a hidden power within us,
just lying around, waiting to be seen.
—Alex Luna
(copyright 2005)

The ending of a friendship
is a painful
as the click
of a coffin lid.

Letting go
Of assumptions
That don’t fit
This emerging life
Of a planetary
Consciousness,
Releasing
Unjust claims
That hold us hostage
To outworn mindsets,
Which drive us
To destroy ourselves
And others,
As penitence
For our power.

Releasing our minds
From the slavery of violence,
Freedom rushes in,
Flying to
Animate fresh visions
Of who we are
And what we can do,
Enwilling us with
Power over ourselves,
To choose
To be and do
With others.

Discovering love
Encoded in our genes
And compassion
That has been building
Through eons of change.
We find
Revived meaning,
A common purpose,
Shared action,
Different ways
Of seeing life,
New learnings,
A whole-some mix,
A holy diversity
Resolving
To empassion compassion
And stride forward
In myriad modes
Of Peace.

This is our time,
Our chance,
To rally Peace
Into the world.
—Verie Sandborg