I did a little research about the upcoming holiday of Father’s Day. 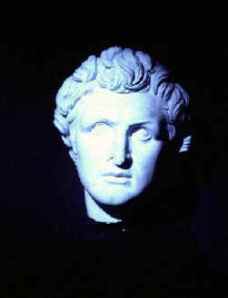 About 4,000 years ago a young boy named Elmusu wished his Babylonian father good health and a long life by carving a Father’s Day message on a card made out of clay. (No one seems to know exactly where this charming and suspect legend comes from …) No one knows what happened to Elmusu or his father, but the tradition of having a special day honoring fathers has continued through the years in countries across the world.

In the Catholic Liturgical Calendar, Father’s Day is celebrated on St. Joseph’s Day ~ March 19. In the Lutheran Church, March 19 is also observed as the Feast of St. Joseph. And even other Protestants denominations celebrate a Festival of Joseph. In New Orleans, the feast is celebrated with elaborate altars and even parades.

In the Eastern Orthodox Church, the feast day of St. Joseph is celebrated on the First Sunday after Christmas).

The idea for creating a day for children to honor their fathers began in Spokane, Washington. A woman by the name of Sonora Smart Dodd thought of the idea for Father’s Day while listening to a Mother’s Day sermon in 1909.

Having been raised by her father, William Jackson Smart, after her mother died, Sonora wanted her father to know how special he was to her. It was her father that made all the parental sacrifices and was, in the eyes of his daughter, a courageous, selfless, and loving man. Sonora’s father was born in June, so she chose to hold the first Father’s Day celebration in Spokane, Washington on the 19th of June, 1910.

Any man can be a father,
but it takes a special person
to be a Dad.