The Fourth of July ~ A day of relaxation, picnics, fireworks and all that goes with that. But ~ perhaps ~ we could make it a day of reflection. 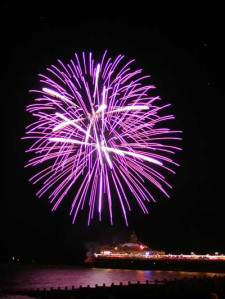 Red Skelton, a veteran comic who successfully plied his trade as a sentimental clown figure in vaudeville and radio, delighted television audiences for twenty years playing characters he had perfected Red Skelton on radio — Clem Kadiddlehopper, Freddie the Freeloader, and the Mean Widdle Kid — on his weekly variety television program, “The Red Skelton Show.” On 14 January 1969, Skelton offered his television audience his reminiscence of an incident from his schoolboy days in Indiana.

This teacher took the Pledge and broke it down basically word for word and explained it ~ in simple terms.

Unfortunately, there is only the audio of this particular show, but it’s thought provoking and profound.

If you would like – the Moose also posted a transcript of the story:

The Pledge of Allegiance:

I: Me, an individual, a committee of one.

PLEDGE: Dedicate all of my worldly goods to give without self pity.

ALLEGIANCE: My love and my devotion.

TO THE FLAG: Our standard, Old Glory, a symbol of freedom. Wherever she waves, there’s respect because your loyalty has given her a dignity that shouts freedom is everybody’s job.

UNITED: That means that we have all come together. 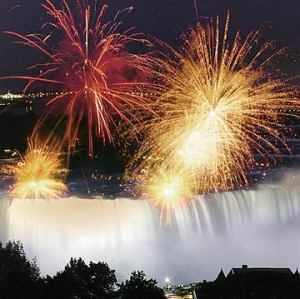 FOR WHICH IT STANDS, ONE NATION: One nation, meaning “so blessed by God.”

INDIVISIBLE: Incapable of being divided.

WITH LIBERTY: Which is freedom, the right of power to live one’s own life without threats, fear, or some sort of retaliation.

AND JUSTICE: The principle or quality of dealing fairly with others.

FOR ALL: For all, which means, boys and girls, it’s as much your country as it is mine.

And now, boys and girls, let me hear you recite the Pledge of Allegiance:

“I pledge allegiance to the Flag of the United States of America, and to the Republic for which it stands: one nation, indivisible, with liberty and justice for all.”

2 thoughts on “And On This Day ~ Late Evening Thoughts”