This chapter picks up from —here—

Once taken into the surgical holy-of-holies, I was shown to a draped area with a bed and various machinery not for the faint of heart.

I was handed two (not one) two surgical gowns to put on. As surgical gowns had been designed by Dr. Seymour Butts, this was a welcome change indeed. Now, the posterior areas would not be flapping in the breeze of hospital air conditioning…or so I thought. Alas, when the surgical nurse (have to use the right title here) came back. I was to put one on and the other would be put on after surgery. But, I need not have worried – once I got into the bed, I didn’t get to leave it.

And now the torture began. After the first surgical nurse left (having divested me of one of the gowns), a second one arrived – carrying a $4 cup of coffee. Sheer torture. Fortunately, he was but a moment and left with coffee intact very shortly. At that point, the anesthesiologist arrived without coffee and talked in detail about what they were going to do and how I would be “under” for the operation.

Those who know the story of a year ago, know that my last major surgery was not exactly a walk in the park going into it. I had shared that with my Dr., but had no idea he had shared it beyond that.

I was very glad to talk to the anesthesiologist and find out that I was NOT going to be given the paralyzing shot so common in operations, but would be a combination of gas and drugs. There was a lot more torture as various surgeons, interns and I swear there was a cleaning person all arrived in front of me – with cups of coffee. One person actually used the table by the end of MY bed to add his sugar … I was in agony.

I should have paid more attention to the next explanation but I didn’t.

They were going to give me a nerve block in my upper legs which would relieve most of the pain over the next couple of days. This is important for later.

After that discussion the Dr. came to see me and made the usual poking of the leg, discussion with the nurse that was with him – and merely gave me “THE LOOK” for daring to joke about marking the leg to be operated on with an X. (Some surgeons are known for NOT having a sense of humor – mine included!)

At that point, the anesthesiologist was back with several additions to the IV that had been started in my arm. I felt wonderful!!!! Nothing hurt, 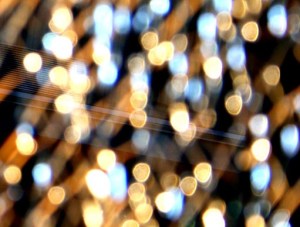 I had a good grasp on reality and everything seems fuzzy and sharp at the same time. The bed I was on was the one I would be taken to surgery in – and off down the hall we went. By this point, the meds were beginning to take hold, and I was enthralled by the passing lights, and the people passing by. My mouth seemed a little fuzzy but I think I could still be understood, but frankly I have no idea what I said. Finally, it was through the doors and into the operating. I was feeling so good – getting onto the operating table was no problem. That’s because they didn’t move me until I was out. The anesthesiologist was talking about the mask in my ear, and it was placed over my nose/mouth and I did as I was told – to breathe deeply.

That was the last I remembered until I woke up in my hospital room. To say it took a few minutes to get focused would be a distinct understatement. Managed to see my daughter sitting in the room, and supposedly asked her if I’d had a good time at the party. I then remember various people suddenly (she says not suddenly, but over a period of time) converging around the bed to “fill me in” on all I needed to know. First off was an explanation of the machine in bed with me making my leg move up to my chest and then back down. A major annoyance during my stay, even if I was grateful that I would keep me from locking up the new knee. Then there was the physical therapist to point out what they would do later (Spanish Inquisition torture for 400 Alex.).

He finally left and the nurse came over to explain the pain pump next to my bed.

In my foggy state I did manage to listen as she explained that every time the light came on I could press the button for pain medication. Please make not that she actually said could press it. As she was leaving, the light was on – (cue the Psycho violins here) – so I pressed it. And that’s what I did all afternoon to early evening.

I need to do a short explanation here (do I do anything short?). I am not a stoner but not by nature. With my compulsive/impulsive nature people are sometimes surprised. I simply can’t. Pot makes me incredibly physically miserable and very sick – which made me a real pain-in-the-butt in the Theater department in college. And none of the rest either because they don’t work in my system as -according to everyone else – they should.

So now, I have drugs blocking the pain in my knee, whatever was in the IV dripping away and I’m pressing the pain pump every time the light comes on…which seemed to be about every five minutes. At this point – even my daughter agrees- I had gone from operation drug lingering head long to a 60+ year older stoner (in case you hadn’t gotten that!!)

I was blissfully unaware – even though my daughter was telling me at the time I was beyond loopy and heading toward loony!! That blissfully unaware came to an end when I looked at the wallpaper above the sink in my room. I’ve included a picture of something similar – but mine was more gold, more washed and with some dark in it. (creepy music for 200 Alex) I was looking at the TV on the wall when I realized that the wall paper pattern was moving . . . around the wall. I did what any logical person would do in that situation and closed my eyes several times to see if it would go away.
It didn’t.

I realized right away that I was for the very first time in my life completely and absolutely stoned. I will say that it was frankly NOT a good sensation. (OK, DEA did that cover my probation?)

I also knew exactly where the problem was and what needed to be done about it. At that point the nurse came in and we both basically started the same conversation . . . which in a nut shell was “the machine has to go.” She was trying to be diplomatic about it – I was being blunt. She wanted to re-set the timer (!!??) I wanted the thing gone. And shortly gone it was. Eventually the “trip” came to an end, the wallpaper stopped moving and the fuzz began to clear.

It especially cleared enough for me to concentrate on my nemesis since the beginning of time – the walker. Curse it as much as I did – it wouldn’t take the hint and leave. It just laid there against the wall and mocked me!!!