Last night I recounted a fable about the golden goose that laid golden eggs.

“[While many people see the story as a warning against greed or even the more you produce, the more you do, the more effective you will be.] . . . I suggest that within this fable is a natural law, a principle – the basic definition of effectiveness True effectiveness is a function of two things: what is produced (the golden eggs) and the producing asset or capacity to produce (the goose).

If you adopt a pattern of life that focuses on golden eggs and neglects the goose, you will soon be without the asset that produces golden eggs. On the other hand, if you only take care of the goose with no aim toward the golden eggs, you soon won’t have the wherewithal to feed yourself or the goose.“1

At this point, I basically had an epiphany about some of what I had been doing in the past and even recently. (Epiphany can be a “nice” word for getting smacked in the back of the head with a 2×4)

I learned there are three kinds of assets – physical, financial and human.

Three years ago, I purchased a good computer. Later I purchased a very good monitor…(not to play World of Warcraft, of course) And over time, I’ve given some thought to their maintenance and upkeep – but not as much as I should have. Now, the computer is in need of some attention, by someone that is a little more knowledgeable than I am about serious maintenance. I was actually looking at the short-term and had started to run this asset down. Of course, I can say the same about my body – and trust me there is a LOT of work to be done there. (major overhaul for 600, Alex)

The next asset is financial. And I’ve had to make some changes there as well. Not that I, at this point, have to worry – but if I were to continue living my life as if tomorrow didn’t matter, I would soon be having to worry about tomorrow. Of course, our ability to earn and manage money is a financial asset as well. But, there will come a time when perhaps I won’t be able to earn money and I don’t want to do things that will get in the way of the now.

A year and a half ago, I took a job as a by-the-week apartment manager 1) because it was supposedly right up my alley and 2) it was going to pay me a salary that was much higher than the level of the job seemed to be. It was what seemed to be a good opportunity. Lots of promises were made and I signed on at the interview. The fact also that I had been without work for sometime might have played a part in it as well.

Now that I look back – especially with the golden goose in mind – I realize that this fable DOES contain principles. The properties were owned by a slumlord less than honorable group of people. There were serious maintenance issues, etc. I thought at the time, if I can only get the rents collected, keep the tenants happy keep moving people into empty apartments and get whatever maintenance needs accomplished I can within the system that I would be fine.

Right at the start

what was being produced (the rents) was getting much more attention than the capacity to produce (the apartments). And as I look back over some of my posts about the place, I knew what was going to happen much earlier then I admitted it to myself. And now, I’m doing in six days what “normal” apartment managers do in four weeks. And each week I got the privilege of starting all over again.

So now, I’m fighting my ability to collect rents/fill apartments/evict those who don’t pay/keep the central family office happy (what is being produced) by my constant frustration over what isn’t happening and my feelings of sheer terror at losing the job and not having an income (producing capacity) as well as being determined to please the “boss.”. 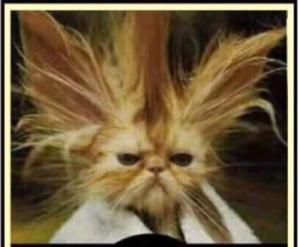 Up until the last several weeks (the change due to a lost lawsuit about overtime) managers were basically on-call 24/7 and worked seven days a week. Something was going to give, and I can tell you – as far as the family was concerned – it wasn’t going to be what was being produced.

As I began to spiral downward from all that was going on – to say nothing of what I was fighting mentally that I didn’t even realize – I have to say that my rent collections were the best in the entire system of apartments (in three states). I had a positive balance on the spreadsheets – the bible of the owning family – and everyone had basically paid all that was owed and some were even ahead.