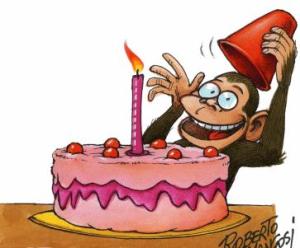 It’s been an interesting journey with some wonderful highs and some rather interesting “valleys” . . . but, as I reminded someone today – there is little good grass that grows on the mountain top ~ particularly above the tree line!!

So, how did I celebrate all these milestones? By doing exactly what I wanted to today, sharing with some friends and enjoying the day and my life.

Now that may be a very small button – but press it and press it again and again and help me celebrate my birthday with unicorns and rainbows!!!!

This is my 2nd birthday I’ve celebrated on my blog! And I can certainly say, “It’s been a wild, wild year!” Who knew that I would lose almost everything (including my life) and come back with what amounts to a clean slate and a new beginning.

So, how did I celebrate my birthday this year? By giving myself permission to do absolutely NOTHING!!!

It was wonderful … I got calls from my kids and grandkids (I know, I’m just NOT old enough to have grandchildren. I had them when I was very, very young!). I also got some calls and cards from very special friends. Also, a forum that I am a part of posted birthday wishes to me!! 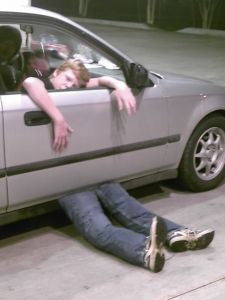 This weekend my daughter and son-in-law (and the two grandkids) and I are heading down to Galveston for two days of away and family time. It’s going to be wonderful, and … if all goes well, I will have my digital camera and will have pictures to show for it!!

So, Happy Birthday To Me!!! And thank heavens I’m around to celebrate it!!!

Life is a journey not for us to be lowered into the grave all pretty and looking rested. It is a journey for us to slide into the grave broadside ~ banged up, used up but still proclaiming ~
Wow!!! What a ride…WOW!!! What a RIDE!!!
(You can read the previous posts here … >1<..>2<..>3<..)
At the ending of the last post, I still had (and have) no idea how long I had been in the trauma unit. I have only some fading in and out memories. I do know that the white coats were re-joined by the black t-shirts. I also remember a discussion about x-rays and MRI. I remember being aware of all the tubes and machines. I didn’t have a neck/back board, but everyone kept telling me not to move my head very much. I felt that “they” thought I was a dislocated bobble-head doll. I remember being taken to the MRI room, where I was confronted for the first time with the donut machine. My immediate reaction was that it looked bigger on TV.

I was asked if I knew where I was. I replied that I had been taken to the machine where you were to lay absolutely quiet and not breath if at all possible ~ there was no memory of what the machine was actually called. I suppose they thought I was being an “educated donkey” as there were some chuckles. I was frightened as I really couldn’t recall what the thing was called. (hospital machines for $800 Alex.) I finally had a memory kick in that there wasn’t supposed to be any metal around and I literally panicked ~ about 15 years ago I had stomach surgery and there were a LOT of staples in there.

I was convinced ~ I’d seen enough TV and movies to know ~ that all that metal was going to rip out of my body and attach itself to the revolving magnets. I was reassured that there would be no such incident as they weren’t going down that low . . . and unless the staples were in my head, I was OK. I made it through ~ without breathing I might add ~ and then fade out/fade in. I was being taken to surgery…long hallways…strong smells…funny looking lights. There was a sudden stop (must have been a student driver with a learning permit)

There was a realization that I had not signed even more forms. This meant that somewhere in this hospital maze I was trying to listen to what I had to sign, still didn’t have my glasses and still couldn’t see what I was signing. Of course, in a trauma unit operating rooms are at a premium and tightly scheduled. This was turning into a delay that needed to be hurried up…STAT! And we were off again to the races. My mind (what was left of it) hauled out a memory of a terribly frightening Discover Health show about people who wake up during operations ~ they feel everything including the pain, but because of the paralyzing drug given to them, they are unable to tell anyone they are awake. Now that certainly added to my comfort level and my already high hysteria level. Not eating or sleeping for a number of weeks can do strange things to you!

We arrived in the operating room, and I was convinced it was a broom closet – at least what I could see. The room was very dark except for the lights on the table where I was being placed. There were two “wings” for my arms that were raised up – which made getting me onto the table quite interesting. And then ~ get this ~ the anesthesiologist made me very angry by lying to me. I had been lying to myself and others for weeks – had just committed suicide and I’m angry?? All he did was tell me that the mask he was putting on my face was going to help me breathe…and right before I finally was allowed/forced to pass out, I’m angry? (right mind behavior, correct?)

When I finally awoke, I had no memory of the recovery room and how I ended up in the hospital bed. A nurse was standing by as I tried to focus my mind and eyes. I felt the bandages on my head and neck. As they were BOTH vertical bandages, I was a little confused ~ the one on my head was OK – that was a vertical gash. The ones on my neck confused me as the slits I had made were horizontal and this was about a 10 inch VERTICAL bandage/gash. It was explained to me the operation I had undergone was by a neurosurgeon who literally opened my neck from the jawline down and did exploratory surgery to see if I had bruised, nicked or damaged anything.

—more of the story tomorrow

Thanks to several of you for the encouraging emails……

Today was a very special day for me. I went to my eight … uh … now nine year old granddaughter’s birthday dinner at the restaurant she requested. It is unfortunate that her birthday falls so close behind Christmas ~

This is also special to me, because it was the first birthday I’ve been privileged to share with her. During the progression of the disease, I thought (mind reading) that my children didn’t want anything to do with me after the divorce. At the same time they thought (mind reading) that I didn’t want anything to do with them. A wonderful lack of communication skills on both sides.

During the crisis I’ve mentioned in the last posts, when I disappeared off the face of the earth, my Mother called my eldest son, who called my daughter. It was decided that he would fly into town and they both would try to find me. It was a search worthy of “Cold Case” or “CSI.” It took a lot of work, but eventually they turned up where I was being treated ~ I’ll fill in the details in the next couple of posts.

What DID happen the night we talked, we all found out the assumptions we had been operating under and just how wrong they were. It been a steady progression of joy and gratitude since then.

And that brings me to tonight. We all overate appetizers and dinner and then she began to open her gifts. Of course, Grandpa did a couple of gifts… I got her a star bear while would allow her to put her name on a star ~ with the coordinates. And a sewing machine just her size and speed as she is always wanting to use my daughter’s large and complicated one ~ which is fairly difficult for small hands to deal with and stitches way too fast.

The best surprise to everyone occurred when the waiter brought the cake. As we were sitting down and deciding what to order, I realized that some fun gesture was needed to mark the occasion. I left the table and talked extensively to the bartender. We were discussing fun non-alcoholic drinks and she made the suggestion of a type of margarita that isn’t ordered very much, but which would be great without “booze.” Soooo when the cake arrived these frothy pink (her favorite color) drinks arrived with whipped cream on the top. I then had everyone at the table propose a toast to her … and after each one she was treated to clinking glasses and “hear-hear!” Ah yes, everyone had to toast her which was quite a surprise, but being the oldest at the table, I think I pulled rank …

I am somewhat saddened at the ones I had missed, but was incredibly grateful that I managed to be there to share this one. I am also grateful that for as long as I’m alive, I’ll be able to share in all my grandkid’s birthdays.

Today was an absolutely wonderful day. I spent my birthday with D&D, two of my closest real life friends here. We had some food, a lot of fun – and a couple of not-so-gentle libations. It was a day of laughter, sharing and being alive. I found these two thoughts about friendship – and wanted to pass these on to you as well.

Friendship isn’t always easily described. The Eskimos, they say, have a hundred different words for snow. Unfortunately, the English language

isn’t quite as innovative, though it has vast opportunities to differentiate meaning. Certainly, Love is one of those opportunities. And so, too, is Friendship.

Friends are special people. We can’t pick our family, and we’re sorely limited in the number of them at any rate. Society and mores (and often our own conscience) dictate we select a single mate. But our friends can be as diverse and infinite as the adjectives we choose. Our friends, in a very real sense, reflect the choices we make in life. 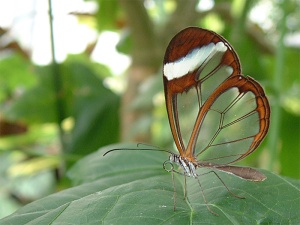 capturing the moment
captivating and controlling
the thoughts, actions, words
leading the way for conscious
desire and decisive emotion

fading in and fading out,
its power and autonomy fall
on blissfully ignorant,
yet distinctly aware,
ears – focused and true

with the quantity
of well spent hours
adding up and summarizing
the feelings and beliefs
shared and opposed,
comes an ability
to confide and uphold
moments, eternities
abundant with understanding.
–paulus 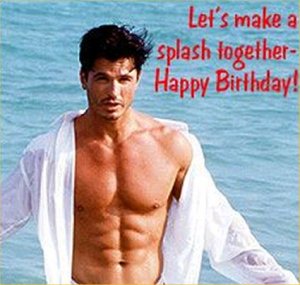 Today is my birthday. Not my blogs birthday, not an anniversary, but my actual birthday. I have been determined that it would not bother me – that it would be just another number, and it actually is OK. Birthdays didn’t used to be all that great…but much has changed in me since then. I’ve heard personally from a couple of people I delight in knowing…I’m planning to take D&D out to dinner either tonight or tomorrow (that way I can pick where we’re going!) It, of course, would be nice to have someone “attached” to share this day with – but that would mean I would have to move the books and magazines off his side of the bed. Besides, I want to make sure that it’s the right one – not just “a” one. Some time ago I was “dating” via email someone from London (it was fun and interesting…ask and I’ll explain it). He made a statement that has stayed with me: “I’m not looking for someone to go out with, I’m looking for someone to come home to.”