I consider myself pretty computer savvy … I don’t fall for the Nigerian wealth scams (although I do sigh at all the money I’d missed out on) or phishing scams.  Today, however, was almost the exception.  This delightful missive showed up in my email, and I’m not going to redact much except the links …..

First of all the two issues were posted in 2007 – I guess in June.  I frankly couldn’t find where they were….I’m assuming the when I moved from Blogger to WordPress there might have been some missed pictures – but more likely videos as the two sites have different methods of embedding videos.

Then (foolish me, I know) I tried to find a link to contact someone at WordPress about all this … there doesn’t seem to be one.

This is why I’ve decided to turn to you folks here in ‘bloggerville” – have any of you gotten something such as this? According to the sight Atuomattic – someone is supposed to contact the blogger directly to request that the blogger remove the material.  While I’ve not had a DMCA notification before, I have gotten requests to re-do my attribution on photos I’ve used.  There is no way I’m going to reply the email, as I have no way to ascertain that this is valid …. Any suggestions? 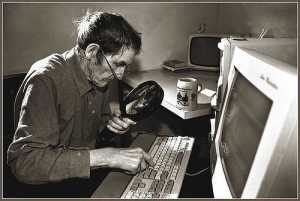 Once upon a time – not so long ago, you became the ruler (through a battle of might and money) of a mighty kingdom. It was a kingdom with fabled history, long term residents and mighty stories of valor and bloodshed in the name of victory. Your kingdom grew and expanded. It was necessary to bring others into the kingdom, so you opened your stored land to all who wanted to be a citizen. Your numbers grew and grew. Eventually, you reached a landmark of 8,000,000 (give or take a few – those census takers never were accurate) and all was good. Your citizens participated in events, lived their lives and carved great names for themselves in battles mighty and small. They did tasks you presented them, and participated in on-going quests for magical items and heroic markers of great value. They explored the vast lands of your country and make in-roads against their enemies. And, most important, they all paid the taxes levied against them monthly so that your kingdom (and it’s subsidiaries) could run smoothly and efficiently. While the tax was not terribly onerous, it none-the-less was 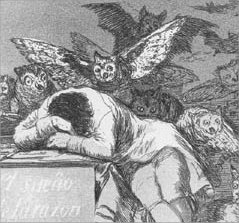 collected monthly and those failing to pay the tax would find themselves banished into the outer darkness, where there would be gnashing of teeth and vague threatening utterances given voice.

But then, perhaps influenced by the lords of the realm, you decided to make life for citizens somewhat easier and more enjoyable. You allowed access to gifts that would allow them to do their tasks somewhat easier and allow tapping into the royal wisdom much easier. Had you consulted your seer of the month or even consulted ancient histories of realms such as yours, you might have avoided sorrow and unhappiness.

You decide that perhaps these miscreants were not worthy of much attention or execution. However, as the 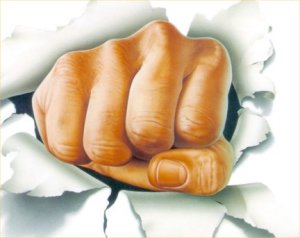 fortunes of your citizens began to be impacted, and the economy of your land began to suffer – something had to be done. This also began to impact the social structure of the kingdom, labels and bigotry began to run throughout the kingdom creating strife and causing problems for your lords of the realm trying to keep peace and show others paths they needed to follow.

Finally, the summary executions began – small at first but gaining in momentum and numbers. You decreed that bigotry had no place in your kingdom and those that engaged in such were summarily banished…some for only a short time, others found themselves in outer darkness permanently. Again, through dark arts and black magick, some enemies of the realm found a way to pervert your kind gifts and steal information from your citizens that threatened their very lives and existence.

Scrolls of sorrow and woe began to arrive. Eventually, they began to pile up. All would have been well, but in the name of efficiency and better return on the taxes imposed – you had cut back on palace staff. You had given another company in another land control of the power source for the kingdom and removed certain lords of the realm as being redundant and unnecessary.

The gifts had become a liability, and something must be done. Through patience and subterfuge, the gifts were repaired, and most of the damage stopped. But what of those who had suffered. That remained the perplexing question. Through the living histories of the realm perchance the truth could be known, and the wrongs made right – but who would go through those histories to compare and note? There appeared to be no one capable or interested in the daunting task. And worse yet, it appeared that some of those histories might have been damaged and/or missing.

What should you do? How to make it so that you and your citizens may live happily ever after.

This fable is actually about what is arguably the world’s most popular on-line game. World of Warcraft. I started playing shortly after the game emerged from beta and was a constant citizen until recent events forced me back to a very ancient computer (I found a spread sheet that Noah used to plan for animals on the ark) that could barely connect to the Wold of Warcraft website without crashing. (side note: anyone wishing to donate a computer – we can work out payment!)

Recently Chockoblog (a great conservative blogger!!!!) posted this on his blog and he and I had a slight comments discussion on another blog. Since then, we’ve communicated a bit more and I realized that my comments were not as helpful as they could have been – especially after I read this article

As I have looked around the horrendous amount of poor customer service that seems to be rampant today, this

was – at first, just another example of shoddy service disguised as “helping.” But having strong ties to this game and what happens within the game, I realized it is more than that. There have been several notable instances where Blizzard made poor choices and ended up backing-down in a firestorm of controversy.

Add-ons have been a problem for games since the beginning, however – as far as I am concerned if an add-on is “allowed” as acceptable, then the company should at least try to help those who were affected negatively by the results. Merely sending out “cut-and-paste” responses doesn’t make the situation go away.

I also have to admit that I was offended (yes – that’s the word) by the inclusion of the advertisement for the WoW expansion in the “tough luck player – we’re going to/can do nothing to help you.”

Research is always a problem in computer games and for the simple reason there is so much information tucked away in those wonderful main-frames that getting to it can be a major problem. However, it can and should be done in cases where the company has allowed something to occur. Of course there is always going to be fraudulent letters and fraud postings (remember all the “so-and-so died last night playing WoW their favorite game” on the boards?) But those can be sifted out and the nuggets of truth and problems remain.

From where I stand, staffing is the issue. There have been cutbacks in customer service staff around the world in many industries. Others have tried to solve the problem by outsourcing to another country … usually with less than stellar results (other than a huge saving for the particular company).

I’m to the conclusion that the only methods left are to continue to refuse to accept less than acceptable answers. By the way, unless you have spectacular writers “cut and paste” responses simply don’t work. And the other way is make known the problem as far and wide as possible. In my own small way I hope this can help your friend Chuckoblog. And let them know that – for what it’s worth – they have my total sympathy and understanding. And for Blizzard?

Moral of the story:
Those who rule need to be careful that the citizens do not become terribly upset. There probably won’t be a revolt, but there can be migrations to distant or not so distant lands that offer more of what is being sought. there can also be town criers in distant parts spreading the tales of woe, which might cause potential citizens to question moving.

Two final thoughts:
1) If Germany passes the law concerning violent games – it would become illegal and punishable for anyone to distribute or PLAY violent games. I’m afraid that the way it is currently worded World of Warcraft would fall into that category. Also, Germany is trying to get the rest of the EU to go along. Heads up Blizzard …
2) If anyone sees my poor lonely Horde ‘Lock Anugamma – give him a hug for me and let him know that I will be back with him as soon as possible!