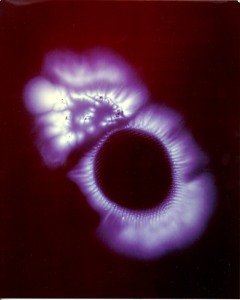 I began to send thoughts/prayers/energy their way – very specific ones I might add. There are times when people we know are hurting, ill or in serious trouble and we can be quite specific. Other times, we can only be general as the exact nature of what’s going on isn’t known, or isn’t being said.

Each one of us has a unique way of accomplishing this, but it is the love behind what is done rather than the form that makes the difference!

Sometimes the situation looks so hopeless that I feel helpless. But that forces me to remember that distance is no barrier – especially when joined with others from all over. That places the love everywhere present and helps to unite even when separated by great distance. And that’s encouraging.

It’s also the giving of myself that’s the key. And by doing that, I can reach out and attempt to touch in some way those around me, those far from me that I only know by letters on a page.

You may not have ever seen me
But you know that I am here.
You can feel me in your heart
As you enter each new day.

I will always be there for you
I am your friend.

Someone to share the good times
As well as the bad.
I make no judgments by what you say
I just listen with my heart and
Hope to be of help in anyway I can.

I will be there for you now and forever
And always please remember
I am your friend!
–author unknown

And that touch – from thoughts/prayers/energy can mean so much to someone in need. Even to know that I am trying to understand, share and care…says to someone you are not alone.

And at my .. ahem … stage in life, to know that I am not alone (even at my most lonely) is a powerful force of change AND hope.

I’ve heard it in the chillest land—
And on the strangest Sea—
Yet, never, in Extremity,
It asked a crumb—of Me.
–Emily Dickinson

really meant. It was in that category of phrases I thought I knew, and have used – but didn’t really have a grasp of the enormity of what it meant.

The following statement was a collection of definitions/usage of the phrase:

To expose one’s self for the protection of something;
to make defense against any assailing danger;
to take the place of a fallen defender or supporter

When I sent out thoughts/prayers/energy – however or whatever is sent- I’m actually accomplishing quite a bit. Much more than I (who has been around this awhile) realized.

The phone company’s ad line “Reach Out and Touch Someone” carried far more meaning than they realized.