If you ride city buses as often as I do, you begin to notice people who ride the same buses at the same times.

Sometimes, these end up as travel friends – acknowledgment of the other person, polite short conversations. Sometimes they can lead to better friendships/acquaintances. You also begin to note people who ride the bus carrying their problems or unusual lives with them. Sometimes there are even nicknames that bus drivers and regular riders have for these folks. Today was a day when two incidents made me stop and think.

The first was a rider I had never seen before. He obviously suffered from something that made him want to make order out of anything that was disordered. 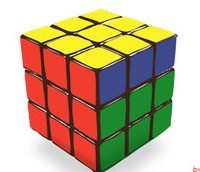 The first thing he started doing when he got on the bus was moving the header advertisement signs along the ceiling of the bus to put them into even spaces – aligned with the warning signs and aligned with each other. This should have taken his entire trip, but there was some spare time left over and he sat next to me. I smiled and said hello, and he returned the greeting. His hands kept fidgeting and finally he asked me if he could adjust the zippers on my duffel bag I always carry when I’m running errands. I smiled and handed him the bag. As quickly as he could – he made them all the same and in order. He gave me a piece of gum and we shared a short delightful conversation. It was then his stop. As he got off the bus, my first thought was “thank heavens he didn’t see the inside of my brain.”

The next was those of us who ride a particular bus affectionately call the “chair lady.” 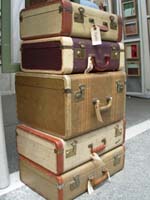 She is a harmless rider that gets on the bus usually with a folding beach chair, and a very argumentative, but yet personable imaginary friend. They do have sometimes fascinating conversations. I’m always sorry that I can only hear one side – but usually I can imagine the other side of the conversation. Today was different. She got on the bus without her chair, but a tremendous amount of baggage. All the bus driver could do was shake his head as she made her way onto the bus with several pieces of luggage and a box – and her friend. She was not riding far, but was quite irritated with her friend for having her haul all this “stuff” around, when she had other things she needed to be doing. She finally arrived at her stop and we had a reverse of when she got on — not much of delay and interestingly enough, no one got irritated.

But those two incidents coupled with a discussion with D&D the other night, really got me to thinking. How much of me has to “make things right” and how much “baggage” am I carrying around that I really don’t need and don’t want to carry?

Then today I found this fascinating story:

IN 1845, the ill-fated Franklin Expedition sailed from England to find a passage across the Arctic Ocean.

The crew loaded their two sailing ships with a lot of things they didn’t need: a library with over 1000 volumes, fine china, crystal goblets and sterling silverware for each officer with his initials engraved on the handles. Evidently, each ship took only a 12-day supply of coal for the steam engines.

They became trapped in the frozen plains of ice. Eventually Lord Franklin died. The men decided to trek to safety in small groups, but none of them survived.

Consider this part of the tale: Two officers pulled a large sled more than 65 miles across the ice. When rescuers found their bodies, they discovered that the sled was filled with table silver.

It can be said they contributed to their own demise by carrying what they didn’t need.***

But, am I doing the same? What kind of baggage am I hauling around that I don’t really need or want? As a dear friend put it one time, “I couldn’t get my engine up the hill – but then I found out that I had so many unnecessary box-cars behind me that I couldn’t even see the caboose and the train was going nowhere.”
–more on this tomorrow

***I am very aware that the mental problems and many of the deaths were caused by lead poisoning and food poisoning. However, as with any such incident, one part of it can show something else in life.