As the New Year bears down on us, it’s often the time when people begin thinking about making their New Year’s Resolutions … or perhaps you are not one to make resolutions; then look at these affirmations as an alternative!!!

It is a time of resolutions. I made one resolution several years ago
to never again make resolutions.
Instead I make affirmations … I offer you this years collection.

1. As I let go of my feelings of guilt, I am in touch with my inner sociopath.

2. I have the power to channel my imagination into ever-soaring levels of suspicion and paranoia.

3. I assume full responsibility for my actions, except the ones that are someone else’s fault.

4. In some cultures what I do would be considered normal.

5. My intuition nearly makes up for my lack of wisdom and judgment.

6. I need not suffer in silence while I can still moan, whimper, and complain.

7. When someone hurts me, I know that forgiveness is cheaper than a lawsuit, but not nearly as rewarding.

9. Blessed are the flexible, for they can tie themselves in knots.

11. I honor and express all facets of my being, regardless of state and local laws.

12. Today I will gladly share my experience and advice, for there are no sweeter words than “I told you so!”

13. A scapegoat is almost as good as a solution.

14. Just for today, I will not sit in my living room all day in my underwear. Instead, I will move my computer into the bedroom.

15. I will no longer waste my time reliving the past; I will spend it worrying about the future?

16. The complete lack of evidence is the surest proof that the conspiracy is working.

17. Before I criticize a man, I walk a mile in his shoes.
That way, if he gets angry, he’s a mile away and barefoot.

18. I will let people know if they are the ones the voices inside my head don’t like.

And now I know why my presents didn’t arrive ~ 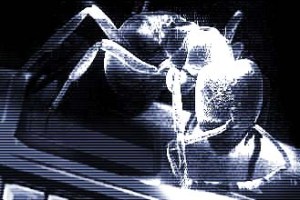 My home being in the south central part of the US (read: Texas), there are certain things we do battle with almost continually – bugs. As I was deciding whether to do them in or buy them presents, I ran across a new-to-me spray made with “real” orange peel juice. I thought it would work, bought it and tried it out today. This was a good day to do it as I needed to attack the kitchen of my apartment. I did the cupboards, under the refrigerator and such. About half way into the job, I was coughing, gagging and having difficulty breathing. I walked carefully (all right, I fled) out the door to get some reasonably fresh air into me. It was then that I really read the label, which informed me to use ONLY in a well-ventilated area. That got me thinking about language (and those who don’t read information as they should) and it’s use and misuse.(more on some of my adventures with language for later posts).

Every year, there are several lists that I look forward to seeing. Lists such as the Darwin Awards (for another post) and the LSSU banished words list. With this list are a few more words that need to be retired (like certain over hyped celebrities) to the trash can.

HUNKER DOWN –
To brace oneself, in anticipation of media onslaught. Trotted out in reports about everything from politics to hurricanes. “I have a hankering to ban all of this hunkering.” – Kate Rabe Forgach, Fort Collins, Colo.

PERSON OF INTEREST –
Found within the context of legal commentary, but seldom encountered at cocktail parties. “People with guns want to talk with you.” – Melissa Carroll from Greensboro, NC. “Does this mean the rest of us are too boring to deal with?” – Patricia Johnson from Mechanicsville, Va.

COMMUNITY OF LEARNERS –
A five-dollar phrase on a nickel-errand. Value-added into many higher education mission statements. “Not to be confused with ‘school.’” – Jim Howard from Mishawa, Ind.

UP OR DOWN VOTE –
A casualty of today’s partisanship. No discussion on this one; the committee just tossed a coin. “I see a bright future for ex-senators as elevator operators.” — Allan Dregseth, Fargo, ND.

BREAKING NEWS –
Once it stopped presses. Now it’s a lower-intestinal condition brought about by eating dinner during newscasts. “Now they have to interrupt my supper to tell me that Katie Holmes is pregnant.” — Michael Raczko, Swanton, Ohio.

DESIGNER BREED –
Many nominators consider this a bastardization of dog breeding. It may be a good line to use on angry neighbors when an un-neutered dog escapes. “When you mate a miniature schnauzer to a toy poodle, it’s not a ‘Schnoodle,’ it’s a mongrel.” – George Bullerjahn, Bowling Green, Ohio.

FEMA –
Dedicated to the memory of a great federal agency consigned to the ash heap of parody. “If they don’t do anything, we don’t need their acronym.” – Josh Hamilton, Tucson, Ariz.

FIRST-TIME CALLER –
Preamble often heard on talk radio. “I am serious in asking: who in any universe gives a care?” – Miguel McCormick, Orlando, Fla.

PASS THE SAVINGS ON TO YOU! –
Marketing catch phrase that became a lost-leader long ago. “Read: Pass the markup along to you.” – C. W. Estes, Roanoke, Tex.

AN ACCIDENT THAT DIDN’T HAVE TO HAPPEN –
Best-laid mayhem. “This means some accidents need to happen, for whatever reason, I can’t figure.” — Thomas Price, Orlando, Fla.

JUNK SCIENCE –
Banished from the Marketplace of Ideas. “It’s not scientists who are using this phrase so much as the people who practice junk politics.” – Ron LaLonde, Inuvik, Northwest Territories, Canada.

GIT-ER-DONE – (Any of its variations)
It’s overdone. “There’s no escaping it. It’s everywhere, from TV to T-shirts,” says Amanda Tikkanen of LaGrange, Ind. “Please tell me when we’re done with this one.”

DAWG –
No designer breed here. Someone should wash out this Spot. “Even parents are starting to use it!” – complains Mrs. Swartz’s Fifth Grade Class in Church Road, Va. “This is species confusion.” – Rob Bowers, Santa Clara, Calif. “Don’t call me ‘dawg’! I’m not your pet!” – Michael Swartz, Albuquerque, NM.

TALKING POINTS –
Cover your ears! “Topics which will please those you want to impress.” – Michele Mooney, Van Nuys, Calif. Joe Wonsetler of Swanton, Ohio, believes the phrase was created after PR staffers stopped attending seminars on how to put a positive ‘spin’ on their press releases.

HOLIDAY TREE –
Many salvos were fired during this past season’s “war on Christmas.” At the risk of jumping into the breach, the committee feels that “Holiday tree” is a silly name for what most folks hold as a Christmas tree, no matter your preference of religion. Thank goodness we all agree on the first day of winter.

LSSU accepts nominations for the List of Banished Words throughout the year. To submit your nomination for the 2007 list, go to http://www.lssu.edu/banished.

I sent a nomination for this list –
All-OVER -IT —

This term, it seems, has become a catch phrase of Fox News and CNN. It seems to be used every program for almost every story. I usually associate the phrase with having spilled something “all over it.” The two news channels cause some unintended laughter from me as the describe a situation such as a car wreck and tell me that their reporters will be all-over-it.

So how about you? Surely there are phrases/words that you feel should be done away with. Let me know – perhaps we could send a P B & J set of nominations for next year.