anything tonight. And I especially didn’t want to talk about much of anything. I thought that I would just put up a pretty picture, write about being back tomorrow and that would be that. For a short while that seemed to work as an idea, but then I realized that because I had set some goals – I was going against what I had decided when I first opened PB & J. One of the goals was I would post at least once per day, unless I was sick or such. Another one was I would be sharing and honest. And I’ve just finished a funeral. (read on McDuff to find out what I’m talking about!).

The whole malaise certainly didn’t start when I got up this morning. While an 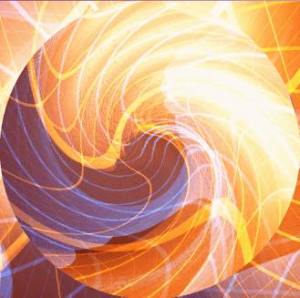 overcast day, I was feeling fine – and actually accomplished a number of things I wanted to get done. And I had some relaxing time and even got some reading done.

I also dealt with some emails that needed attention, two of which really irritated me. And really for no good reason. Yes, one was vaguely manipulating from a dear friend, but he’s not really being that way, that’s just the way he comes across – but I was beginning to get rubbed the wrong way.

I later realized that I needed to get some shopping done, and got ready to go – and 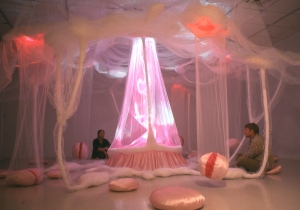 just sat down. I couldn’t put my finger on what was going on with me. I finally got up and forced myself out the door. I have found that I can cocoon quite easily if I’m not careful and aware.

When I got to the bus stop I realized what part of the problem was…my knees. I think I may have mentioned this before, but both my knees are in very bad shape. I’ve misused them, abused them – and now they are having their revenge.

(N.B. slight rant here-skip over if desired:)
Unfortunately, I am one of the millions without health care insurance, and people in government can make all the pronouncements they want about affordable health care – but it matters not if the insurance companies won’t take you.

I have a certain amount of money for this purpose, and actually had an insurance company that said they would take me – I was willing to pay an entire year of premiums upfront (I thought the money was talking!). But then, 15 minutes after the phone interview – I got the email turning me down for coverage. Their reason? An operation I’d had 15 years ago. I don’t know how much awareness there is about the pricing of medical without insurance, but even paying cash for an operation such as my knees at all the hospitals I’ve checked with would cost between $32,000 and $54,000 per knee. There is a teaching hospital here that does it for much less (as in 90% less) – but I can’t seem to find out how to get it done there – and find a surgeon who is credentialed there to perform it.

I’m there at the bus stop, glad I can sit down and when I get up to get on the bus –

I’m hurting. But I sat down on the bus, with a smile on my face (no song in my heart, I’m sorry to report!) At the grocery store stop, the walk to the store was not bad at all. I almost felt as if the pain was going back to where it had been. I did my shopping – slowly – and then checked out. I was struck with how many crabby people there were in the store. One lady was angry because the sacker didn’t pack the way she liked it, and so – holding up the line – she repacked everything complete with play by play commentary. I have made a conscious decision that I will try to be understanding of people’s bad moods. As someone said, I don’t know what battles they may be fighting.

I left the store taking the cart to the edge of the lot, picked up the bags to head down about a block to the bus stop and realized – it wasn’t going to happen. I wouldn’t make it. And even if I did, it was doubtful I would make it the two blocks from the bus stop to my home. OK – quick decision time. I made my way back across the parking lot, and into the store to call a cab.

The cab turned out to be one of the van cabs – which was interesting getting in and out of. But I managed, and got home all in one piece. Got things somewhat put away – made some dinner and sat down to work on the computer. I was watching the TV in the background and trying to get a program to work in Vista on my computer.

In the meantime, I got another email that I felt was even more manipulative than before – so now I was really getting irritated.

Suddenly, this sense of great sadness washed over me. I don’t mean just as a small

ripple, but a crashing wave. I was totally taken aback…and awash. I turned the TV off, turned off the computer – turned down the lights and just sat. I listened to within, and searched within to find out what was going on and why.

It started last night I believe with the fight between D&D, and all deep seated fear that brought up, but it seems there was still more. And there was, some of it not surprising – and some was. It seemed that a lot of had to do with a WD that doesn’t/didn’t seem to exist anywhere except in my own mind. No, I’m not schizophrenic or anything like that! But, this WD was really beginning to get in the way of a lot of things.

Alack and alas, there was nothing to do but to get rid of him. He doesn’t take hints all that well, and if simply sent away, he finds his way back. This time I needed to do something quite final…thus the funeral.

I had read about this in a delightful book “Tales of a Reluctant Traveler,” by Jeannette Clift George and had often wondered if it was as effective as the author maintained. I thought that tonight was a good a time as any. I literally put a chair by the couch, and held a funeral service for the late WD. I recounted his strengths – never upset, always had the right word to share for any occasion, never

wore the wrong outfit, was surrounded by multitudes because of his charming wit, incredible taste, and never ending knowledge of the world around. This WD was a perfect house keeper, gourmet chief using only the ingredients on hand, and could manufacture soap from bread crumbs if necessary. This WD was never at a loss for words, never had to struggle to get ideas out and explained, was sought after as a speaker, house mate, lover and – if offered – president of the universe. This WD was unafraid of what might happen with his knees, or that the teeth needed some attention, or that the store bought glasses were not really working. This WD would never share about struggles, pain or fear – as the people around realized that he had none, or if he did they were of such little consequence, a mere flick of the finger would remove the annoyance. And (as someone at the funeral pointed out) this WD was becoming a royal pain in the …butt.

As I closed the service, I realized there were parts of him I would miss, but those

parts were within me. And as I continue in the struggle to make my maps match my territories, he would have been a major force in keeping me from reaching where I want to go and what I want to be. Perhaps there will be other funerals I will have to have. I’m sure I’ll have to have more than one for good ol’ WD as he’s quite a survivor, but I think those will be a lot easier.

I realize this is a little different from my normal posts, but bear with me – it will all make sense.

more on this later