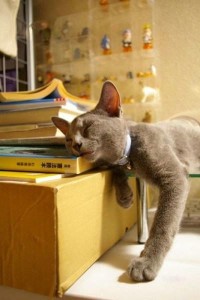 I had said that I would continue the story of what happened to me over the last several months tonight.

However, it was was very long, active and busy day as I am continuing to purchase/find/borrow/steal everything I am going to need as I move into my new apartment. When I sat down at the computer tonight ~ all I wanted was to crawl into bed.

So, I’m letting you know to check back tomorrow night, and I will have another chapter of what happened to me.

But now ~ I’m going to curl up in bed, lay my head down and get a good nights sleep……. Unless ~

Keep me from going to sleep too soon
Or if I go to sleep too soon
Come wake me up. Come any hour
Of night. Come whistling up the road.
Stomp on the porch. Bang on the door.
Make me get out of bed and come
And let you in and light a light.
Tell me the northern lights are on
And make me look. Or tell me clouds
Are doing something to the moon
They never did before, and show me.
See that I see. Talk to me till
I’m half as wide awake as you
And start to dress wondering why
I ever went to bed at all.
Tell me the walking is superb.
Not only tell me but persuade me.
You know I’m not too hard persuaded.

It’s just now the end of another exhausting day. A lot was accomplished, but a lot is still on my plate. One of the areas that made it so exhausting was trying to make a schedule work ~ that was totally dependent on other people. I had a wonderful couple that wanted to move into the complex…people I’ve known for a long time. Unfortunately, the apartment they wanted was still occupied by someone who I had gotten an eviction judgement against and have been waiting for the constable to serve the “get ‘otta’ Dodge” papers to complete the process.

Yesterday, another apartment became available ~ however ~ it needed cleaning, making ready and getting the furniture into it. The couple I know were ready to move today, and with numerous phone calls, it appeared it was going to happen.

Now, I’m totally relying on other people to get it ready and someone bringing the truck with furniture for their apartment and one other – so I don’t have to go through this again.

3:15pm, truck arrives. The Mrs. of the couple is happy because she can go and pick her furniture “off the truck.” I resisted ANY comments about buying fruit/vegetables or shrimp the same way.

3:30pm, somewhat burly help arrives to move the furniture and get it somewhat set up.

4:30pm, the move is now complete. In the process I’ve handled 15 phone calls and 3 people dropping by inquiring about apartments. (The saga of shifting locks around will remain for yet another story…just suffice to say, I’m not a locksmith I’ve decided.) I still have paperwork to complete and more phone calls to make.

It was at this point, a wonderful poem came to mind. With a little searching I found a copy of it, and I’m giving it as my evening meditation and thought for the day.

This was going to be a night I slid into the comforting arms of sleep early. I was going to curl up in the warmth of my mind and allow my body to sink into the relaxed state where pain went away. And, here I am somewhat awake, somewhat sleepy. Feeling as if I am unable to participate totally in either state.

So I began to contemplate dreams – not the air-brushed kind that fade in the morning as the light fog in the garden, but the kind that poets use to drive us onward, upward and to greater accomplishments than we ever thought possible. 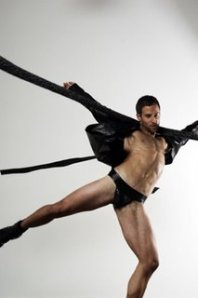 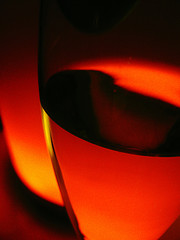 Darkness wakes and stir imagination.
Silently the senses abandon their defenses,
Helpless to resist the notes I write,
For I compose the Music of the Night.

Slowly, gently, night unfurls its splendor.
Grasp it, sense it, tremulous and tender.
Hearing is believing. Music is deceiving.
Hard as lightening, soft as candlelight.
Dare you trust the Music of the Night? 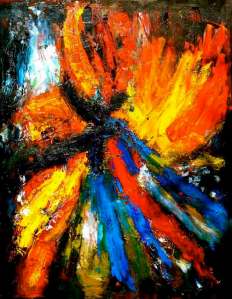 Close your eyes, for your eyes will only tell the truth,
And the truth isn’t what you want to hear.
In the dark it is easy to pretend…
That the truth is what it ought to be.

Softly, deftly, music shall caress you.
Hear it, fear it, secretly possess you.
Open up your mind; let your fantasies unwind.
In this darkness which you know you cannot find.
The darkness of the Music of the Night.

Close your eyes, start a journey to a strange new world.
Leave all thoughts of the world you knew before.
Close your eyes and let music set you free…
Only then can you belong to me. 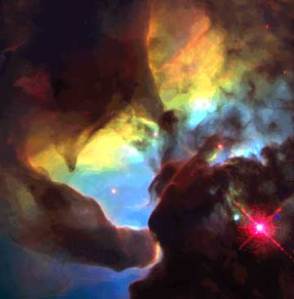 Touch me, trust me, savor each sensation.
Let the dream begin; let your darker side give in
To the power of the music that I write,
The power of the Music of the Night.

You alone can make my song take flight.
Help me make the Music of the Night.

“Music of the Night” by Andrew Lloyd Webber
And so I take hold of the music of my dreams
and push them toward reality.
For this is the time of day when
I alone am in charge.
I can dare to hope,
dare to plan
and dare to believe. 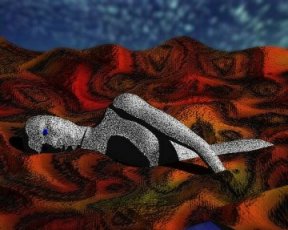 Was I too…
Should I have
answered…
What would be the
result
if
I ….

The restlessness of
uncertainty…
The driving worry
of caring. 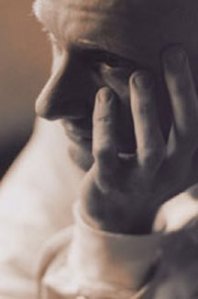 There is so much
to do
to be
to become
to change
to hope
to give.

I can feel things
fade away.
The nagging thoughts
drive on down
the
road.

I am becoming at
peace again. 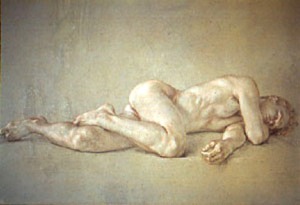 my sleep from the window.
My mind turns into
a sanctuary of
peace and quiet.
My bed welcomes
me
back to be
at rest.
To feel at home,
once again.