I have a very dear friend who is going through a very difficult emotional time.

To my dear suffering friend:

When I wrote of the experiences of the train trip while in India, I included this end note: 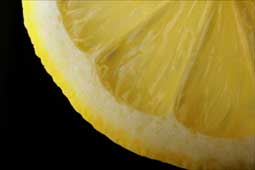 Squeeze a lemon and you don’t get apple juice” was a popular saying a few years ago. The meaning was quite simple – whatever I am inside, is going to come out during stress and strain. Whatever masks or identities I wear — when the going gets personally tough, whatever is within – whatever I hold as “me” is probably going to “shine” when the push becomes the shove. Miss Marley (an elderly lady who lived at the school – and was the oldest resident of the school) always told me – “When you squeeze a grape, you don’t get wine. It’s got to be mashed around a bit first.”

Unfortunately, being mashed around a bit to me, isn’t a very pleasant process. When I had relationships fail, almost ended up living under a bridge and some of the other things happen I felt what I thought was complete despair. But, in doing some reading recently, I realized there is the word despondency that, while it may seem to be nothing more then semantics, can actually make a great difference in how I look at what is going on around and with me.

If I were to paint a picture of despair, I would select the darkest blues, blacks, purples, and black greens from my palette. 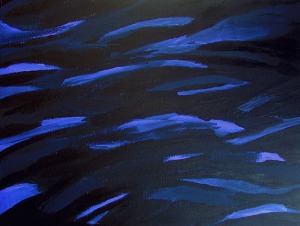 I would cover every speck of my canvas in thick swirls of tormenting movement. There would be no highlights. If I were to paint despondency, it would be much the same, but the swirls would have tinted under-shadows and at some point on the canvas, I would make one lightning stroke of gold-white hope. But even this I would cover with a sheer filmy cloud, so that only the perceptive viewer would notice. Should I allow despondency to prevail, it could easily result in despair by a few strokes of the brush to erase hope. But should I wish to encourage the gold-white ray of hope to extend into the turmoil, I may need added skill to remove the cloud, or seek the guidance of an artist more knowledgeable of the medium. 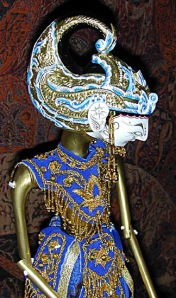 In life we may need comparable means to turn despair into despondency and despondency into hope. Scriptures, history, and general observance of life show us examples of deep despondency approaching despair. There are so many examples of this, but I have chosen one from an ancient source – the Bhagavad-Gita. We meet a very powerful general by the name of Arjuna. As he is preparing for battle, he surveys the two armies getting ready to fight … he sees the families, relatives and close friends from both sides. He becomes puzzled, sad and gives into what seems to be the impossibility of fighting either side.

I am so familiar with Arjuna’s deep sadness becoming completely overwhelming in the opening chapter of the Bhagavad-Gita. Having suffered both despair and despondency, I understand his reaction of sitting down, putting away his arrows and bow, and stating he could not fight.

Despair, then, is a severe state of hopelessness, while despondency is depression that can be worked through. And the going through it is going to take faith, work and support.

Arjuna was so burdened it caused him near immobility. 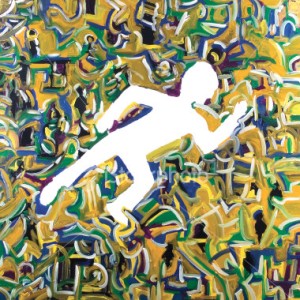 In this state he questions, argues, suffers, and finally begs Krishna to teach him and through eighteen chapters of the Bhagavad-Gita, Krishna responds. This lengthy discourse is in response to Arjuna’s request: “I wish to learn … the nature of abstaining from action and of the giving up of the results of action, and also the difference between these two.” The final wrap up covers the whole of the final chapter. But two statements stand out:

..O Arjuna, that which out of delusion, you do not wish to perform, you will do unavoidably … if rationalizing due to false ego, you resolve not to fight such a decision is only in vain, your own nature will compel you …

Finally Arjuna says: “… I am collected once more; I am free from doubt, firm, and will act.”

Each stage/moment of life requires changing and rearranging of the hues and shadows on our canvas of life, speaking in terms of what I wrote above. Life is worthwhile and worth living … and requires all the resources we have available. I actually had this quote on my mirror for quite awhile:

With the ultimate ever in mind, we must yet live for the day. . . . We have not to look ahead to future years with fear and dread, but to eliminate from our minds all those ideas that have taken root in our blood, which make us the progeny of doubt and fear…
— The Wine of Life

(these quotes thanks to Nodrin King
~ A Flat With A View)
Dreams can often become challenging but challenges are what we live for.
–Travis White

When you’ve got something to prove, there’s nothing greater than a challenge.
–Terry Bradshaw

Accept the challenges so that you can fell the exhilaration of victory.
–George S.Patton

If someone says can’t, that shows you what to do.
–John Cage

To be tested is good. The challenged life may be the best therapist.
–Gail Sheehy