Remember you’ve got a choice.
When you feel you can’t handle something,
you can either choose to feel miserable and helpless,
or maybe put your life in someone else’s hands to sort out – if they can be bothered.
Or you can decide to take charge ,
take full responsibility for whatever is happening,
even if none of it seems to be your fault,
and decide to turn poison into medicine.
– Geoff from the book, “The Buddha, Geoff and Me”

The spiritual journey does not consist in arriving at a new destination
where a person gains what he did not have
or becomes what he is not.
It consists in the dissipation of one’s own ignorance concerning one’s self and life
and the gradual growth of that understanding which begins the spiritual awakening.
The finding of God is a coming to one’s self.
– Aldous Huxley

Sometimes the randomness of thoughts link together and drive the consciousness into places and patterns I have no intention of letting it go. I had a delightful phone call from a

dear friend this morning, and several of the topics that we/he gently touched on took hold and roiled around all day. This was also brought to fruition by a chat at the bus stop with someone I know is having a very tough time – with no support system (inner or without) to help.
While this dealing with inner issues certainly is not a bad thing – it did manage to consume time, energy and spirit. As I approached the evening time, I realized I was fatigued. A mental kind of fatigue that at first bothered me – but then I realized it was a fatigue from actually having accomplished some mental/spiritual things.

That’s when I once again took a long hard look at a relationship that almost destroyed me. This time on paper – and to place it in public. 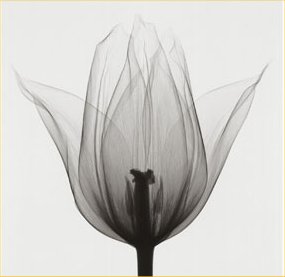 When I first met ZZ, he was – or seemed to be – a deep seeker. He also was delightful, charming, funny and in many was in need of support. We became friends. As the time went on I thought the friendship was deepening into a deep friendship. He was just getting over a very deep and prolonged long term relationship and looking, or so I thought, for support. I found out later that his relationship had been predicated on a lie – an absolute lie he created. He wanted me to just be a good deep friend. And I was willing to do/be just that. I didn’t know about the previous relationship being built on a lie, and when he maneuvered me into being something I was not – and this is hard to admit – I went along with it.

When I made that conscious decision, I set myself of a path of absolute destruction. I had allowed the lie to come in, to begin to grow and to make itself quite at home. For a number of years, this lie was as a stage director consuming more and more time for the stage. As I wrote the other night on fences and boundaries – I also believed that the friendship could possibly deepen even further – even though I was so far off ZZ’s radar I wasn’t even a blip on the screen. I began to tear down boundaries and 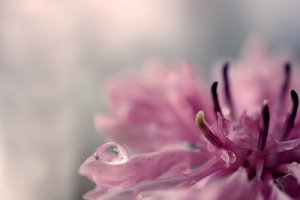 fences and to lay myself open. As I also said the other night, in a relationship this is something that has to be done – but in the wrong situation can be very dangerous.

Now, understand this relationship between ZZ and I was never physical. But it took me quite some time to realize/admit that it was a relationship non-the-less. But there were several things wrong on my part – 1) Who/what I was to him was based on a lie of his choosing and my own accommodation of that lie, 2) I was trying to be what I was not and 3) I was giving up myself piece by piece – belief by belief. I also 4) was hiding my own lies about feelings, beliefs, dreams and hopes. And, of course, when that happens, the well can and will run dry at some point.

Mine ran so dry that I ended up by giving up on everything including life. However, from that lower depths came a wondrous journey … that has me where I am today. To quote what I posted at the top: The spiritual journey does not consist in arriving at a new destination where a person gains what he did not have or becomes what he is not.

Chapter two of the story or as a famous radio commentator/author might say: Tomorrow the rest of the story!