By now the horrors (as I called them) had begun to run out of steam. I had assured all of them that I wasn’t going to end up a bed-ridden cripple, that I was not going to have to sell my first born to pay the bills (although when he was growing up ~ ah, let’s not go there!) and that whatever path the recovery took I would be just fine … 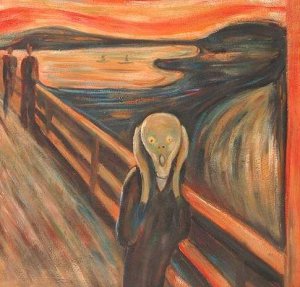 They had decided that there was no way I was going to be able to go through the operation and recover by myself ~ and that they were going to be there every step of the way. Which normally, I wouldn’t have minded ~ but the thought of them fluttering around the hospital bed and then fluttering in and out of my apartment while I was recovering was just a bit more than I wanted to even think about let alone deal with. (hysteria by proxy for 600, Alex)

Don’t get me wrong, they have been and are good friends ~ in very defined doses. Fortunately my daughter was taking over that portion of the watch, and she definitely didn’t need any help. So, not only would she be around after the operation, but would carefully monitor my being at home.

By this time ~ a week before the operation ~ the hospital, doctor/surgeon’s office, anesthesiologist and medical equipment rental decided they would need to be paid. 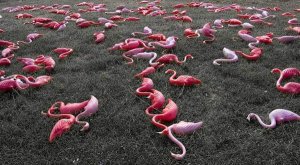 I was informed these people would be calling me and to be prepared for sticker shock.

And I was . . . there was a middle-man in what I was beginning to call “Behind The Operating Room Door” and if you’re too young (or too innocent) to get that reference ~ send me an E-mail and I’ll send you a link. The reason he was in the middle was his delightful personality, his willingness to help, his lawyer skills and a company American Express that could take the charges and I would then pay back from the inheritance.

None of us knew what anyone was going to charge ~ but as a cash up-front patient, I was sure there would be some kind of discount…which I was prepared to ask for. 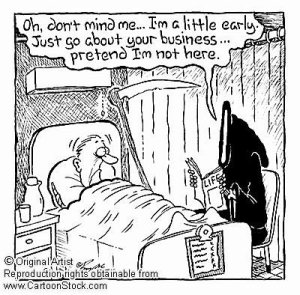 Believe it or not, the first call was the hospital and I almost wished I had delayed all this several weeks. After my experience of calling all the “medical center” hospitals ~ I was prepared for 1)rudeness and 2) an astronomical price tag. I received neither. The business office was incredibly helpful and let’s just say that I was going to be able to get BOTH knees done for the price of ONE at the other hospitals. (blue light special for 300, Alex)

So, when all the calls were done and everyone had the money they needed ~ I began to stump (I certainly wasn’t able to dance!) around the apartment singing “Signed – Sealed – Delivered!” When you have to sit down every few moments to let the knees recover, it somewhat takes the fun out of the celebration!!

The Doctor had given me his instructions on a much copied copy of a copy. But the hospital was quite insistent that I either come down on Wednesday and pre-register and get the necessary paperwork and test done,

or I would have to do the morning before surgery. Dear me, what a difficult choice!! (Remember, I’m the one that wasn’t sure 5am was an actual time of day!) So, Wednesday afternoon it was off to find the hospital and get the tests done.

Since I’m still not driving (that IS going to change no matter what my son-in-law says!!) I either take the bus or a taxi. In this case, taxi seemed preferable. . . that way two of us could get lost. At this time I had a driver that I used all the time. He was quite good, knew the city and we had a number of pleasant conversations. He was Muslim and spent most of the trips discussing religion with me … I had always maintained that iron sharpens iron … and as the conversations were never arguments I had begun to look forward to them. Of course, I referred to him to my daughter and my friends as “Achmed, the dead terrorist.***” Knowing that if I every accidentally called him that or explained it . . . I would be in deep trouble. (non-famous deaths for 600, Alex)

Off we went – I had the address and the approximate location of the hospital, he was convinced, as always, that I had no idea where it was and he did. The discussion was lively and interesting ~ but alas, he is too serious to have much of a sense of humor. But that certainly never stopped his trying to convert me and/or all in my family.

We did find the hospital (I was right ~ he wasn’t but never admitted it) and I walked into one of the biggest surprises I’ve had in a long, long time.

*** for those of you you didn’t understand the Achmed reference ~ here is ventriloquist Jeff Dunham and Achmed. My grand kids think he is hysterical, however we did have to explain to the youngest that going through one of the box stores saying loudly: “silence ~ I kill you!” was not really a good idea!!!