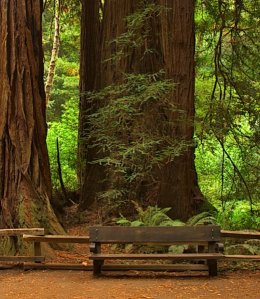 Le Mutt (officially called Bonzai – because the first day he was around, he had the startling habit of throwing himself off furniture ) and I were quite comfortable in my apartment. While not an enormous space, it was comfortable and had a view of the Bayou unmatched except at the very expensive restaurant down the road. As a two bedroom I had visions of turning the second bedroom into an office/craft room. In actuality, it consisted of piled boxes and “stuff” – with the computer tucked into a corner of clear space.

The apartment laundromat was a matter of steps from my apartment, and when the machines were working was quite convenient. 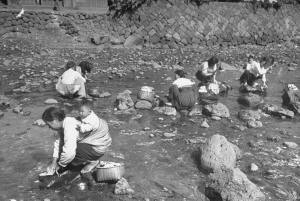 At least that is what everyone told me . . .
in actuality, they are never convenient.

And, of course, with any apartment dwelling there are neighbors. I was fortunate in that mine were nice and except for the ones above me, relatively quiet. On my side of the building ~ next to me was a couple who were in residence only during the week. On weekends they went to their ranch to play with their cows and horses ~ nice job if you can get it!! Upstairs from them were a delightful couple with a five year old son that was going to be a stand-up comedian someday and a new baby. They were wonderful neighbors, and when I had my first knee operation actually showed up at my door during the recovery to find out if I needed anything and to check that I was OK.

But as I said, Le Mutt and I were quite comfortable where we were and not planning to move anytime soon. (cue ominous sounds here)

I really didn’t want to go through the hassle of packing, unpacking and transferring everything into a new apartment. Besides, mine was quite convenient and I was settled into the space. Albeit a somewhat cluttered space, but MY space none-the-less.

The 1st week of January, the people next to me told me they were planning to move ~ something closer to their jobs. We chatted about options, and then they told me that the BC building in the complex had a 2 bedroom/2 bath available. THAT conversation was what set all this in motion.

When the complex was built ~ there was a supper club right in the middle. It had the charming name of “Barbary Coast.”

From what I understand, it didn’t take the owner very long to realize that he really didn’t want to be in the restaurant business . . . running a large complex was quite enough. After several years, the building was revamped/redesigned with ten individual apartments. Because of the lay-out of the building, no apartments had the same floor plans and each had washer/drying connections. Because of the type of building it is, and the larger apartments along with the connections, demand is rather high for them. As a matter of fact, when one becomes vacant, the complex doesn’t even advertise them – current tenants rent them in a matter of days.

So, off I went to the office to ask about the apartment and to get the keys to see it. The apartment itself was about 150 yards from where I was, so moving wouldn’t be a major ordeal. Or so I thought . . .