All the time we are bombarded with what someone wants to have us believe is the truth. A very good, recent example is the recent election. And that is the same reason that after an election we still haven’t “gotten” over it. We continually see people trying to persuade that they, and they alone, are the champions of the value of truth … the knight in shining armor for those values. They conveniently forget that many of us see through their pretenses.

Unfortunately, what they are after is not the value of truth, but a desire – overwhelming desire for self-importance and the power that goes with it..

Truth sets rules and so many people would try to take away those rules that would estrain THEIR actions but also put restraints on the actions of others.

And where Truth brings about peace and contentment, we are in a time where a lack of truth makes everyone polarized and willing to demonize anything/anyone that stands in the way. I”m not sure there’s ever been such a disdain for the truth or how “truth” is spun to help us hear only what is wanted to be heard.

When this happens being a “conservative” or a “liberal” becomes something different and something quite dangerous. For, in the long run, those wandering in this desert appear not to be guided by any values what-so-ever.

It seems to be difficult to find people willing to sacrifice anything for a greater good. And I’m not talking politics (although it would be a very easy target) or the entertainment industry. No, this goes all the way down to me as an individual. Why am I not keeping this topic at the top level such as the presidency or congress? Simply put – they are merely a creature of larger and smaller forces. There seems to be a marriage of a number of unholy alliances causing tremendous divisions and hypocrisy at almost every level. 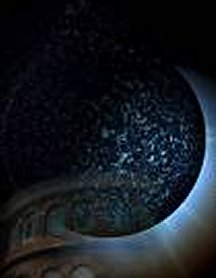 Whether gay, straight, black, white or whatever – we individually need to answer for the lack of truth – moral truth – as a core value of our lives. We once again need to find our shared values – particularly the shared value of truth. The truth in our lives, the truth to ourselves and the truth to each other. And that means finding out who we are and how we are for ourselves. Yes, it is a journey of self-discovery. But it also is a journey of learning to get those around us to be themselves as well.

I look around and see that the very soul of community is in danger.

Yet those in power have failed to speak about this profound moral danger, but the political opposition remains virtually mute and effectively impotent in the face of these forces. (This silence and this impotence are signs of another part of America’s moral crisis, of that also-dangerous moral flaccidity into which too much of America has lapsed.) 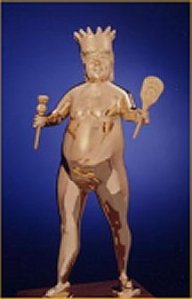 But my major concern is individual, and especially the individual “me.” If I fail to live in truth, and to require truth from those around me, it is my core value that is in danger. When I fail to live in truth, I need an ”Emperor’s New Clothes” moment. “This emperor,” I must loudly, and forcefully remind myself, “has no moral clothes.” This fits into a “coat piece” plan for change. (more on that later)