America’s Got Talent is an OK show – but when I was introduced to the “outside the US” versions, I came to realize there are some very good versions of that show around.   Several things define it for me, but perhaps the biggest on of all ~ there is no 90-second time limit.  The acts take as long as necessary to show what their talent is and how it works.  Here is the winner from 2009 who introduced me to real sand painting.

BTW, this really does have something to do with this post – I promise …

I have been watching sand paintings/painters for several years … until I ran into this interpretation of Vivaldi’s Four Seasons. To quote:

” And today, we bring you the live-action sand animation of Hungarian artist Ferenc Cakó, who projects his work on a screen for a theatrical audience. These more sculptural forms may be more painstaking than traditional cel animation, and for that reason more rare, but they are also often much more interesting.”

And to give proper credit – here’s the site I found this…I have it bookmarked and visit it daily…It’s call “openculture” for a reason.

What a loaded word ~ alone. I been wrestling with the word and the reality for quite a few days.

Being a male (to say nothing of being a gay male) of a certain age, it is something that I either deal with, or it will deal with me. As I looked back over quite a few years, I came to the realization that it actually had been quite some time since I had been what I would call alone…no one around. Even when I taught school in India – I was blessed with a cook that was there and very talkative and students in and out all the time. I went from there, to working in a treatment center for emotionally disturbed children and lived on campus. I got married, was married for quite sometime, divorced. I then became room mates with ZZ (who I’ve written about before). And now, I am alone.

Lying, thinking
Last night
How to find my soul a home
Where water is not thirsty
And bread loaf is not stone
I came up with one thing
And I don’t believe I’m wrong
That nobody,
But nobody
Can make it out here alone.

Alone, all alone
Nobody, but nobody
Can make it out here alone.

There are some millionaires
With money they can’t use
Their wives run round like banshees
Their children sing the blues
They’ve got expensive doctors
To cure their hearts of stone.
But nobody
No, nobody
Can make it out here alone.

Alone, all alone
Nobody, but nobody
Can make it out here alone. 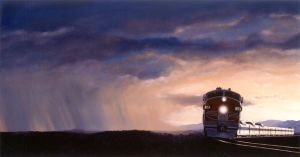 Now if you listen closely
I’ll tell you what I know
Storm clouds are gathering
The wind is gonna blow
The race of man is suffering
And I can hear the moan,
‘Cause nobody,
But nobody
Can make it out here alone.

Alone, all alone
Nobody, but nobody
Can make it out here alone.
–Maya Angelou

And the key for any of us feeling this way is in the refrain in the poem: And I can hear the moan, ‘Cause nobody, But nobody Can make it out here alone. 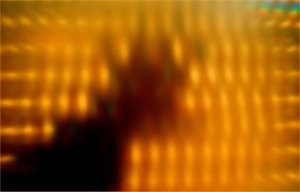 So now,I realize I have choices I need to make. I can huddle in my apartment and feel as if there is nothing here, and nothing around – or I can realize what is missing is my reaching out and being a part of what is around me.

To share a few: There’s C who reached out to me via email and asked admission to my life. I feel as if I can share almost anything with him. (and he never “shoulds” all over me!)
And EB who has even gently corrected a post I made…and made me laugh about it in the process

(and is determined that I get back into playing Everquest even though my heart misses my poor World of Warcraft undead horde warlock).
And SBG who on the phone always wants to know what’s happening and makes me feel very sensual and worthwhile – even when I’m sitting unshaven in my worn tattered shorts and t-shirt. D&D who live here in Houston and share their ups and downs with me (and in some cases around me). And there are others – I would love to have the entire alphabet – recently I discovered K who drops me delightful emails and has even begun to call. And others who make my life enjoyable – either by presence, email or phone.

But it would be possible – I suppose – to simply decide that none of this mattered. I could go to the fact that there’s no one here with me, that the side of the bed he would be occupying is slightly covered with books and magazines. But sometime ago I ran across a saying that when I look at the straight and gays I see and read about, and ones I see in bars, it becomes an even stronger truth in me: It is better to be alone for the right reasons, then to be with someone for the wrong ones. 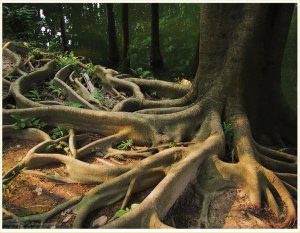 Are all these connections physical? No, but they are connections that build up and encourage. I am choosing ALL kinds of connections. I learned a long time ago that there are two types of people: Those that want the best from you and encourage you to be that (even if it means you surpass them) and those that want you down where they are and to go no further. So, by reaching out I’m creating connections – connections that build me up and create something where there might have been only a vacuum before. Of course, all is not a bed of roses or (heaven forbid) posies. Life IS messy, and people will be people and their lives can be messy. But I’ve learned and am learning – if we share it together, we have a much better chance of making a success of it.

Does that mean that I have no use for someone in my life? Absolutely NOT! What a thought!! 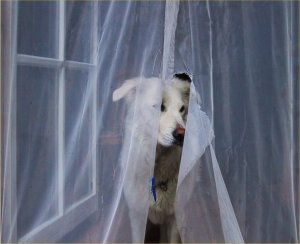 As a matter of fact, I would be willing to send anyone an application if they are so interested. What it does mean? That I am not going to sit and worry about the why someone isn’t falling into my life – but rather I’m going to continue to enjoy my life and living. And someday, someone will be there to share it…in every sense of the word. In the meantime, to quote the song from Auntie Mame: “Open a new window – open a new door!!!”